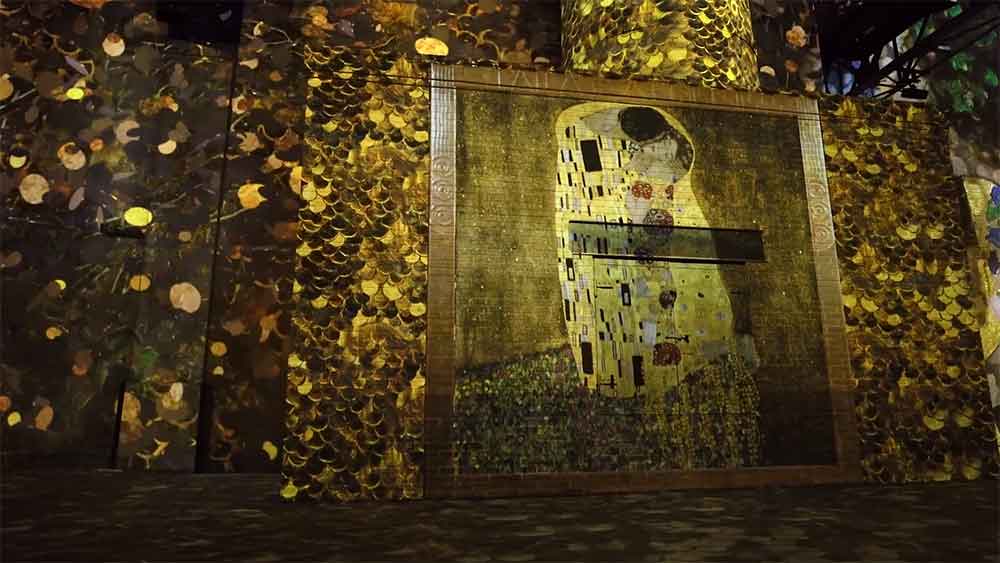 The inaugural Paris experience was an instant hit, opening in Spring 2018 at the Atelier des Lumières in Paris, a former foundry in the Eastern quarter of the city.

An immersive audiovisual exploration of the works of Gustav Klimt, the experience blended music by Beethoven, Wagner and Strauss with mural projections of the paintings, and attracted over 1.2 million visitors between April 2018 and January 2019.

French museum foundation Culturespaces, specialist in immersive art installations, has now opened a second venue in South Korea, in a former bunker on the Pacific island of Jeju.

The Bunker de Lumières opened in November 2018, and is the venue for an immersive exhibition devoted to the major figures of the Viennese art scene, of which Gustav Klimt was a key figure.

There are plans for a third in Bordeaux next year; the 14,500 sqm Bassins des Lumières is scheduled to open in a renovated German submarine bunker, built by French and Spanish prisoners during WW2, in 2020, with support from the City of Bordeaux.

A new digital experience entitled Van Gogh: Starry Night and Dreamed Japan: Images of the Floating World has opened at the Paris venue. Produced by Culturespaces, created by Gianfranco Iannuzzi, Renato Gatto and Massimiliano Siccardi, with the musical collaboration of Luca Longobardi, it will remain open until the 31st December.

Culturespaces, founded in 1990 by Bruno Monnier in 1990 developed and trademarked the Amiex (Art & Music Immersive Experience) technology for its multimedia installations, which are intended to complement rather than compete with the galleries exhibiting original works, targeting a wider audience.

The demand for digital, experiential artainment is growing, appealing to a younger, tech-savvy demographic. In 2018, the digital-only art museum in Tokyo by Japanese art collective teamLab was a sell out success.

Museums are looking to technology for new ways to engage a millennial audience with their content.