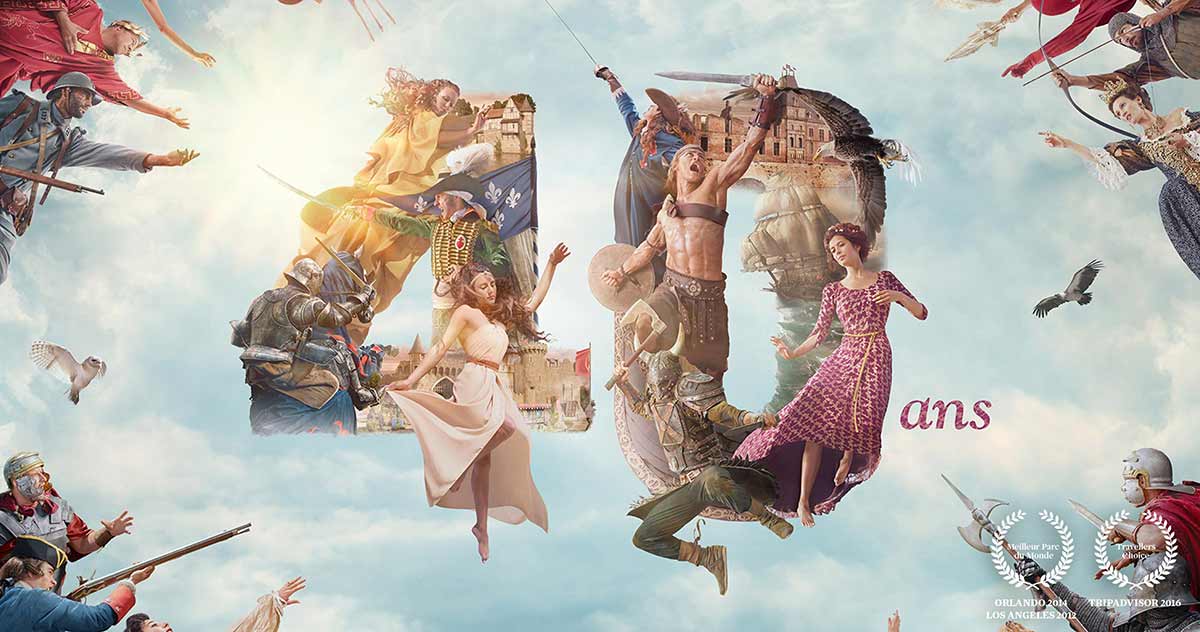 Puy du Fou has announced plans to open three new historical theme parks in Spain, China and another location in either Europe or China, by 2027.

Puy du Fou celebrates its 40th anniversary with record attendance and revenue growth, having welcomed 2.2 million visitors in 2016, an 8 per cent increase on 2015.  Turnover was up 21 per cent at €100 million for the year.

In addition to the flagship theme park in France, the company also produces spectacular shows in the UK (Kynren) and the Netherlands (Raveleijn Show).  Plans are in place to expand further afield with three new theme parks celebrating the history of their host countries.

Puy du Fou in Spain will be located near near Toledo in the region of Castile. Local authorities are considering the €140 million park which is planned to open in 2021.  Construction is scheduled to begin in 2019.

Discussions are currently under way with several Chinese partners to export the Puy du Fou brand to China, with the goal to open a €300 million park by 2025.

A third park, to be completed by 2027, could be located in either China or Europe.

As well as developing the new parks, Puy du Fou’s Vendée park will receive €30 million of investment in 2017.  The investment will finance a new hotel which opens in April as well as two new shows and two new restaurants.

Comcast to Buy Rest of Universal Studios Japan for $2.3 Billion