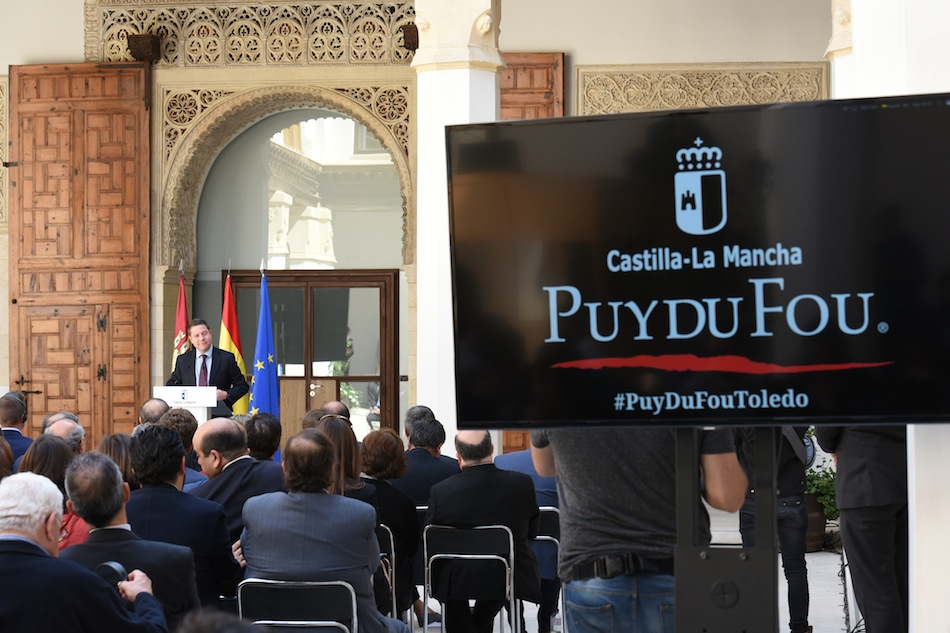 Puy du Fou’s planned historical theme park in Spain could open as soon as 2020, a year ahead of schedule. Its arrival wil be preceded by a night show starting in 2019, guests at a press conference were informed recently.

Puy du Fou president Nicolas de Villiers has confirmed that the French company has so far secured €197 million of investment for the new park, Puy du Fou Toledo. Most of that is private money. A site of around 30 hectares has been secured at Castilla-La Mancha on the outskirts of Toledo.

A night spectacular celebrating Spanish history will premiere in 2019. The show will feature a cast of more than 300 and be performed inside a 10 hectare, 4,000 capacity arena. In the first year more than 120,000 spectators are expected.

Puy du Fou Toledo will take guests on a journey from antiquity to the Golden Age. Four daytime shows will be featured in addition to a historic town celebrating crafts from the Castilla-La Mancha region. Between 1 and 1.3 million visitors are expected in the park’s first season, running from Easter through until November 2020. At least 1,000 jobs are expected to be created by 2023.

De Villiers says Toldeo was chosen for the project because “for us it is the heart of historic Spain. All the great characters of Spain passed through Toledo. The scenarios for the various shows are already written.”

Based in the Vendée region of Western France, Puy du Fou is celebrating its 40th anniversary in 2017. The Thea and Applause Award winning park features multiple historical live shows including the flagship night spectacular Cinéscénie. Last year it enjoyed a record attendance of 2.2 million, making it the country’s busiest theme park after Disney.

Puy du Fou International has also partnered on shows in the UK (Kynren) and the Netherlands (Raveleijn at Efteling). By 2027, the company hopes to open a further two parks, incuding at least one in China. Each would celebrate its country’s respective history.