The Museum of Modern Art (MoMA) in New York has unveiled its $450m expansion, which includes a ‘remixed’ collection, and 40,000 square feet of expanded galleries and spaces for performance and art.

The attraction is reopening to the public on October 21. To prepare for the new MoMA, the museum closed between June and October.

“The real value of this expansion is not more space, but space that allows us to rethink the experience of art in the museum,” said Glenn D Lowry, the David Rockefeller director.

The expansion was developed by MoMA with architects Diller Scofidio + Renfro, in collaboration with Gensler.

MoMA has added more than 40,000 square feet of gallery spaces, meaning it can exhibit more art in new ways.

The entire collection has been ‘remixed’ and reinstalled, while the Marie-Josée and Henry Kravis Studio is a new performance space for live and experimental programming.

‘Rethink the experience of art in the museum’ 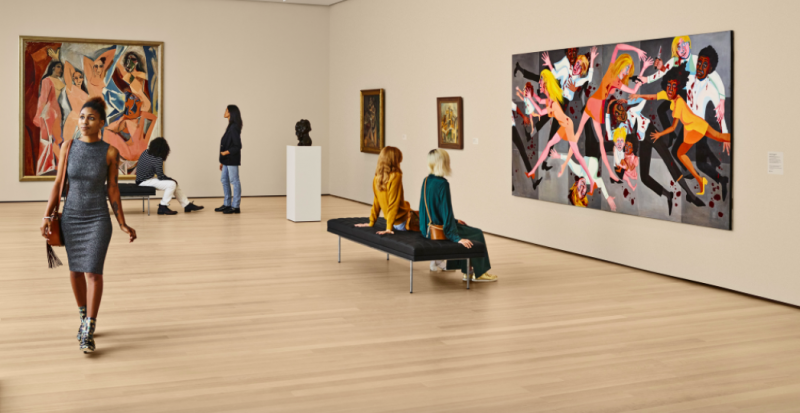 Meanwhile, the Paula and James Crown Creativity Lab is a new experimental space to explore ideas and art that spring from MoMA’s collections and exhibitions.

Member previews for MoMA have started, with exclusive access to the whole museum held yesterday (October 14) and on Saturday (October 19).

Member previews for the #newMoMA have begun! Members get exclusive access to the entire Museum tomorrow, Monday, October 14, and next Saturday, October 19. Join now and see the #newMoMA first: https://t.co/EOZQvWqHSX pic.twitter.com/lTmQ6LS6cV

Also in New York, Arcadia Earth, an immersive augmented reality journey around the planet, has opened. The Museum of Ice Cream is also launching its first flagship attraction in NYC.

Elsewhere, the Asian Art Museum (AAM) in San Francisco has raised $100 million for its ongoing transformation and expansion project.

The fund will support a major expansion, the enhancement of AAM’s public spaces, and the development of exhibitions and programmes.