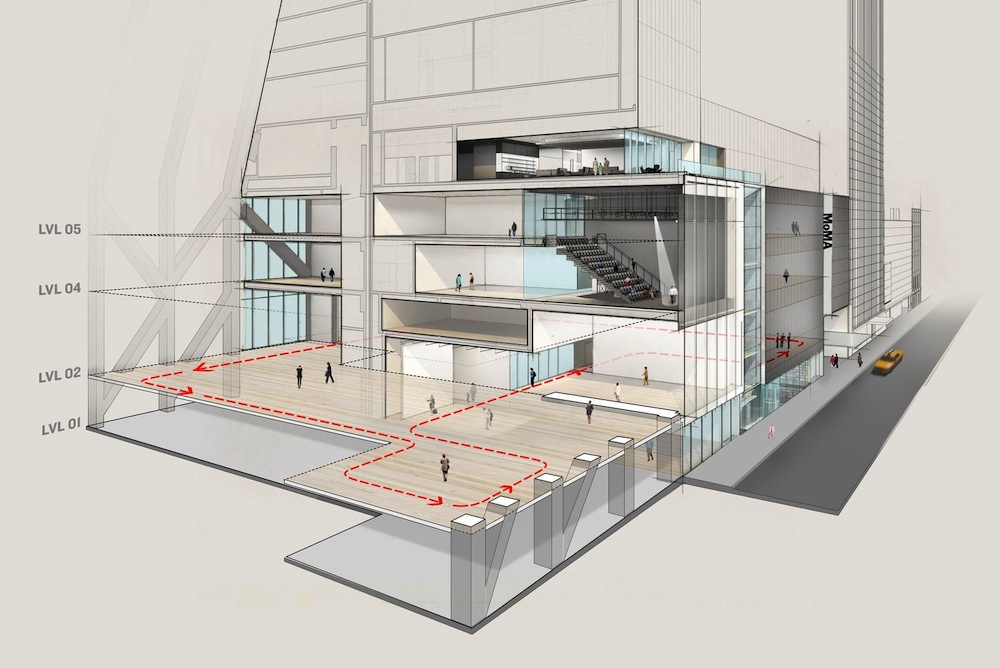 The Museum of Modern Art (MoMA) in New York will shut its doors for four months to complete a major expansion that will add 40,000 square feet of gallery space.

The MoMA will close on June 15 and then reopen on October 21. The museum will expand the lot that was formerly occupied by the American Folk Art Museum.

Planned features include a new education platform, a studio for live performances and programming, and street-level galleries that are free to the public.

The MoMA will overhaul its approach to showcasing art works.

As reported in Artnet News, chief curator Ann Temkin said: “As the collection grew greater and greater over the decades, it began to seem the opposite of experimental. It began to seem iconic, and authoritative, and maybe even doctrinaire.”

The MoMA will also showcase more works by women, after chairman Leon Black acknowledged the museum “didn’t emphasize female artists, didn’t emphasize what minority artists were doing, and it was limited on geography.”

Black added: “Where those were always the exceptions, now they really should be part of the reality of the multicultural society we all live in.”

MoMA first unveiled designs for the expansion in 2017. The multi-year project has been developed with architects Diller Scofidio + Renfro in collaboration with Gensler.

Diller Scofidio + Renfro‘s independent projects have been exhibited at MoMA and at other leading cultural institutions across the globe including The Metropolitan Museum of Art, the Whitney Museum of American Art and The Jewish Museum in New York, the San Francisco Museum of Modern Art, the Venice Biennale, the Swiss National Exposition, Palais De Tokyo and Foundation Cartier pour l’art contemporain in Paris.