Pico Play, a global leader in the planning, design, development and construction of world-class themed attractions and entertainment, has created a Big Octopus for Ripley’s Believe It or Not! Surfers Paradise.

Pico Play has announced that it was the company behind the creation and construction of the newly unveiled Big Octopus at Ripley’s Believe It or Not! Surfers Paradise themed attraction on the Gold Coast. The 1.5-tonne, 8.5-metre wide cephalopod is the latest in a grand tradition of roadside ‘big things’ in Australia, such as the Ballina Big Prawn.

The Big Octopus was built by the same team who worked on the construction of Universal Studios Singapore, allowing Pico Play to showcase its expertise in planning, design and development of leisure experiences. The project has been underway since May 2020, with construction beginning in August while the attraction was closed due to COVID-19. It took 40 people four months to create the installation, which is based on Australia’s infamous and venomous blue-ringed octopus.

The Big Octopus features glowing coloured LED lights within its blue rings. These can be customised to fit in with seasonal events as well as different charities.

Pico Play Creative Director of Themed Attractions & Entertainment, Mark Eady, is hopeful that the Big Octopus will boost domestic tourism in the wake of the pandemic:

“We’re honoured to be able to boost Australian tourism numbers by giving back to the community and creating a destination experience that assists the local and national tourism industry at a time when it’s most needed.” 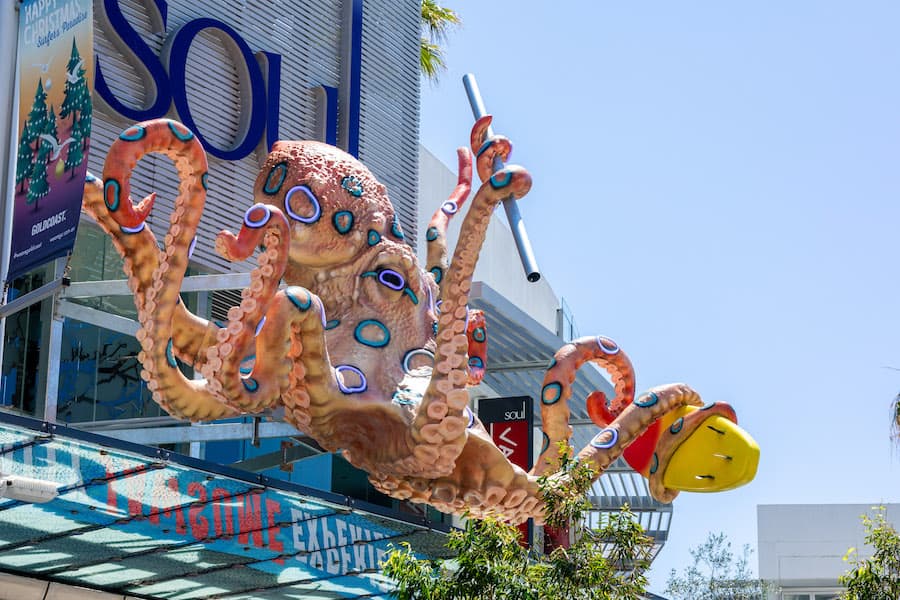 “The Big Octopus will be able to be seen by everyone who visits Ripley’s Believe It or Not! and become an iconic attraction on the Gold Coast for years to come.”

Visitors to Ripley’s Believe It or Not! Surfers Paradise will be able to spot the giant addition at the attraction’s auditorium entrance, where it will be ready to greet them with a surfboard clutched in its tentacles.

Pico Play was appointed as a major theming design and build contractor for four of the seven zones at Universal Studios Singapore, completing the project in just 15 months. 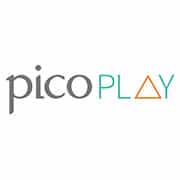