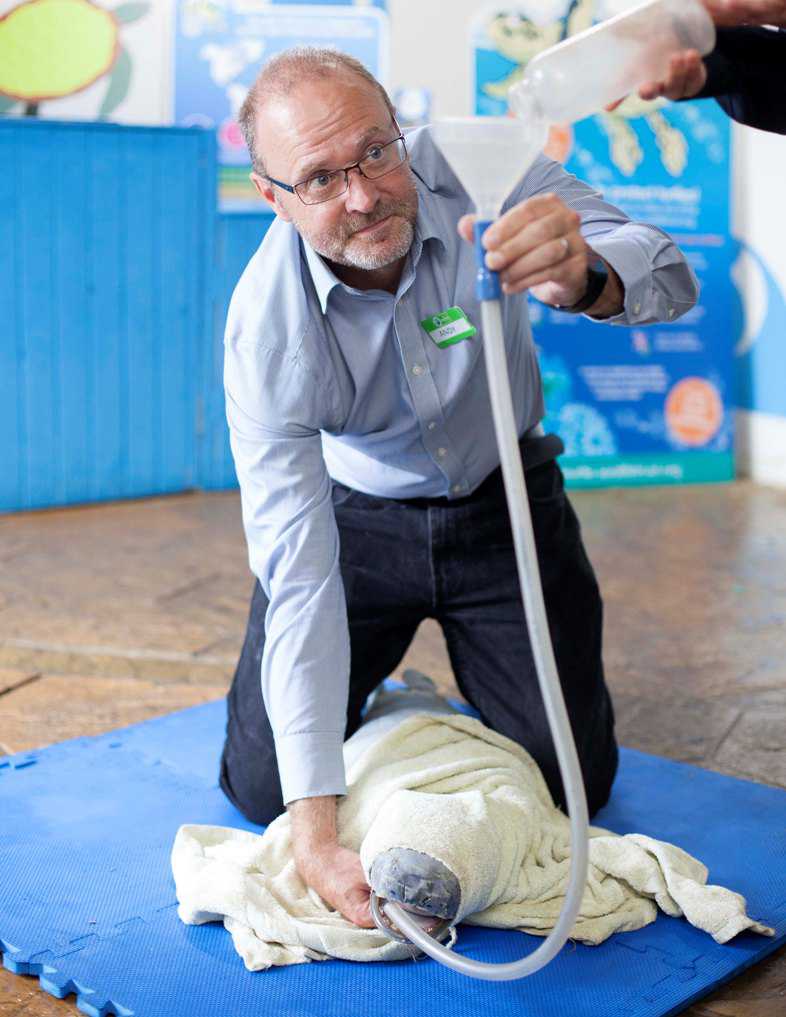 The move aims to secure the future of one of the busiest seal rescue operations in Europe.

The Cornish Seal Sanctuary had been operating for 35 years when Merlin acquired it in 1993. Recent improvements include an indoor hospital and up-graded vital life-support systems.

“The Sanctuary has been an important part of Merlin’s heritage,” stated Nick Mackenzie, Head of Merlin’s ‘Midway’ attractions worldwide. “Our investment means we have handed over a facility in much better shape.”

He added that the new arrangement would allow the sanctuary to focus more fully on its vital animal welfare services.

Staff have reportedly welcomed the news. The Sanctuary in Gweek will be the Sea Life Trust’s first working rescue facility. It also provides the charity with a showcase for its global marine conservation efforts.

Andy Bool (above), Head of the Sea Life Trust, described the move as ‘a huge step forward’:

“The change will allow the Sanctuary to concentrate on what it does best, namely rescue, care for and return to the wild dozens of stranded, sickly and injured seal pups every year,” he said.

“Charitable status will enable it to retain more of its visitor revenue and place it in a strong position to attract valuable grants and invest more in vital local, national and international marine conservation efforts.”

Launched in 2012, the Sea Life Trust is Merlin’s partner charity. It currently raises more than £300,000 a year to fund a wide range of marine conservation projects worldwide.

The Cornish Seal Sanctuary began life in St. Agnes as a pool in animal lover, Ken Jones‘ back garden. Jones rescued his first orphaned pup in 1958 and continued to tend seals and oiled seabirds in his garden until 1975 when the Sanctuary moved to Gweek.