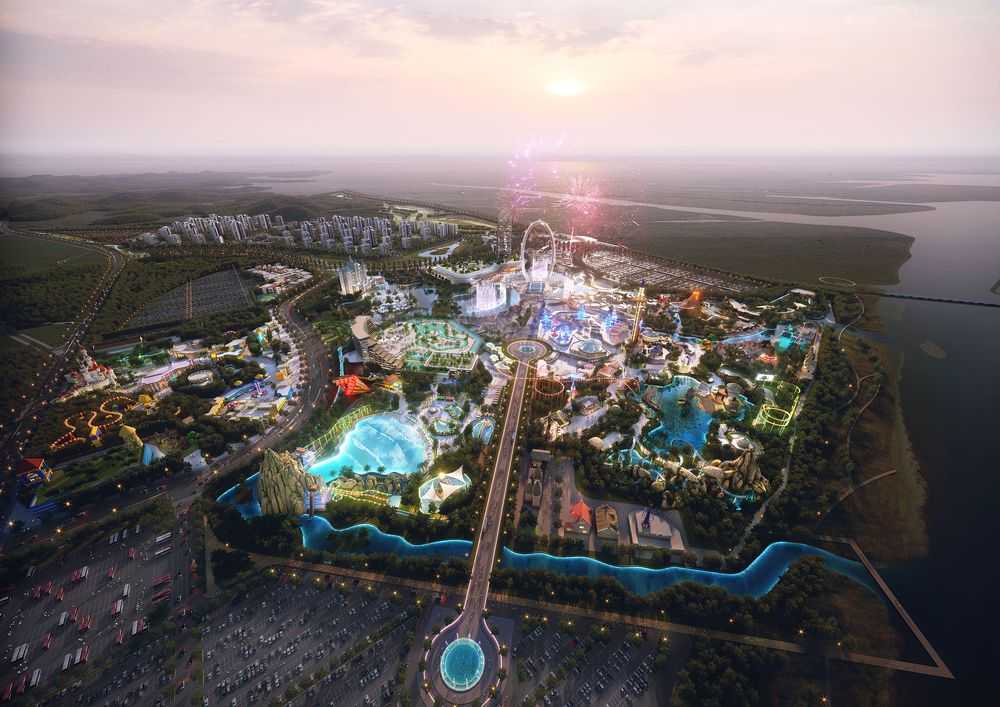 As reported by the Korean Herald, the consortium, which has been picked as a preferred bidder for the project, plans to break ground in 2021, open theme park facilities in 2026, and complete the construction by 2031.

“We aim to build Asia’s best global tourist destination that will contribute to the growth of Korea and the region,” said Shinsegae Property CEO Lim Yeong-rok.

The 3.15 square kilometer complex will showcase, the group says, regional features such as the Sihwa Lake and dinosaur fossil site, and a unique concept themed on K-pop.

While a Hwaseong International Theme Park has been in the pipeline for some time, construction has stalled on two occasions since 2007.

Initially, Lotte Group planned to take the project on, but failed to reconcile differences with K-Water, owners of the land since 1994, when the water resources management agency reclaimed Lake Sihwa.

In 2016 the project hit another hitch when K-Water failed to sign a contract with a consortium to build a Korean version of Universal Studios, due to insufficient funds and against a backdrop of political turmoil.

Shinsegae Property, which operates Starfield, and Shinsegae Construction, will invest 4.57 trillion won ($4 billion) in the construction of a tourism complex comprising a theme park, commercial and leisure facilities, including a golf course, hotel, and shopping mall.

According to K-Water, up to 60,000 people will work over a decade-long construction, creating 15,000 jobs at the theme park.