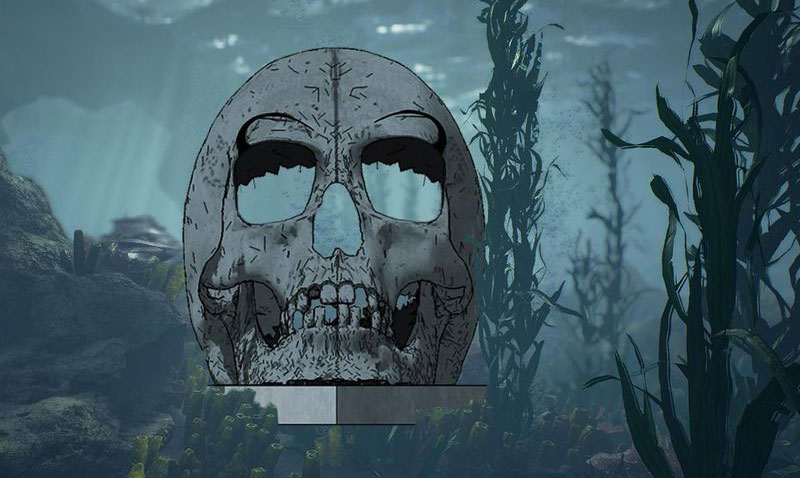 The Underwater Museum of Art (UMA) takes the plunge off the coast of Florida.  North America’s first permanent underwater exhibit aims to boost both cultural and environmental aims in South Walton on the Gulf of Mexico.

Why walk around a museum when you can swim around it? The USA’s first permanent underwater attraction has been created by the Cultural Arts Alliance of Walton County (CAA) alongside the South Walton Artificial Reef Association (SWARA). The project also has support from the National Endowment for the Arts, the Alys Foundation, and Visit Florida.

At a depth of around 50 feet, it’s been designed for exploration by divers (although ambitious free divers could also take the plunge).

The Underwater Museum of Art launches the CAA’s Art in Public Spaces Programme. It also dovetails with SWARA’s mission. At present the coastal waters off the region of Walton County comprise 95 percent barren sand flats. The association is committed to creating improved marine habitats and expanding fishery populations on the one hand.

Sculptures, along with artificial reefs, will offer a protective marine habitat and the chance for biological replenishment.

SWARA already has an ongoing artificial reef project which encompasses nine nearshore reefs. These are situated with around a nautical mile from the shore at a depth of 50-60 feet of water.

The CAA has been given a one-acre area of seabed situated off Grayton Beach State Park. The site is dedicated for a permanent underwater sculpture exhibit.

Seven sculptures have been chosen by a jury for permanent exhibition.

Although UMA is breaking new water in North America, it is not the first in the world. MUSA (Museo Subacuático de Arte) was launched in 2009 in the waters around Cancun and now boasts over 500 sculptures.