Manea – Footprints of Kupe is an interactive cultural, heritage, tourism and education centre in Opononi, Hokianga.

The Hokianga is the cradle of Māori nationhood and was home to Kupe, New Zealand’s first discoverer, for 40 years. The attraction itself is 20 years in the making and aims to preserve, communicate and celebrate Kupe’s voyage to Hokianga, his journeys across the country and his departure, as well as the stories of repopulation and the progression of his descendants.

“Māori traditions begin with Io Matua Kore (our supreme god) and lead through the realms to the world of  Ranginui (sky father) and Papatuānuku (earth mother) they were joined in an eternal embrace. There was no space between them and their children were born in darkness. Weary and frustrated from living in darkness the children longed for light and warmth,” explains our guide, starting off our visit to Manea – Footprints of Kupe.

“They all tried to separate their parents but all failed until Tāne, the god of forests and all that live inside them, planted his feet against his mother and used his mighty strength, his legs, his back and arms to push against his father, the sky.”

Footprints of Kupe opened in December 2020. It is located in Opononi, a small village on the south shore of the Hokianga Harbour, in Northland region of the north island of New Zealand.

About a 4-hour drive from Auckland, the area is also home to the largest Kauri tree standing today, which is between 1,250 and 2,500 years old. Tāne Mahuta, the ‘God of the Forest’, is 51 metres tall. This tree is the living embodiment of Tāne, the god that separated his parents at the beginning of the world.

Nearby, the oldest living Kauri tree, Te Matua Ngahere, Father of the Forest, is between 2000 and 3000 years old. Manea – Footprints of Kupe also operates twilight tours of these giants.

Hokianga Harbour is historically and culturally significant. This is because it is where Kupe, a great chief of Hawaiki (the original home of Polynesians before dispersal across all of Polynesia and the home to which all Māori return after death) first landed in New Zealand 800 years ago. Kupe then called it home for 40 years. Kupe was the discoverer of Aotearoa (New Zealand) and Hokianga is the cradle of Māori nationhood.

According to the story, Kupe’s wife, Kuramārōtini, named the land Aotearoa after sighting clouds in the distance (the indigenous name for New Zealand meaning “long white cloud”). She called “He ao! He ao! He Aotearoa!”

These stories, from creation to Kupe’s voyage to Hokianga, his journeys across Aotearoa, his departure and the progression of his descendants are the focus of Manea, Footprints of Kupe.

Manea is not a museum. There’s no “stuff” on display. It is a cultural centre that takes some of the oral history of the Māori people and relays it across several storytelling methods. It is part outdoor sculpture garden, part live performance, part film and part interactive gallery.

Wellington-based Gibson Group designed and produced the overall experience. It comprises the Creation Bridge, the Manea Heritage Centre (which in turn includes stops of Powhiri Space, The Kupe Theatre and the Footprints Exhibition), and The Lookout. The experience is a 75 to 90-minute tour guided by local Māori hosts.

The tour begins with a warm welcome by the tangata whenua (home people) and a safety briefing. Following this, a takutaku (protection prayer) is recited as you make your way to the tomokanga (entranceway).

The creation story begins here with Ranginui and Papatuānuku. Then, the kaiarahi (local guides) tell stories through whakairo (traditional Māori carvings). Each carving is a giant atua (deity), representing the children of Ranginui and Papatūānuku, the Māori gods of the physical world we live in.

The carvings were completed by Will Ngakuru, Alan Wihongi, Renata Tane and Whiu Waata. All have connections to the Hokianga.

After being guided from the spiritual realm to the physical realm you arrive at the Manea whare taonga (house of treasures). Here, the timeless cultural ceremony of pōwhiri greets visitors. This is the Māori welcoming ceremony of speeches, cultural performance, singing.

On my visit, we were also received with the Hongi. The Hongi is a greeting by two people pressing their noses and foreheads together to share a breath. This is a fairly significant gesture. Once a visitor shares this with a local, they have a sense of responsibility about their place in the delicate ecosystem of the island.

The design of the handsome modern building is by FIT Architects based in Wellington. There are three sections, each is a station, and is a modern take on the traditional Māori meeting house. The roof extends out over the front to form a welcoming porch entrance.

When I visited Manea – Footprints of Kupe, the project had only been open for two weeks. Some of the visitor experience was not fully complete. Such is the case for the Pōwhiri area. Based on the Business and Development plan from 2018, this area will become more than part of the exhibition. It can also be reconfigured and set up for general purpose meeting or community space, traditional museum displays as well as evening conferences.

The Kupe Theatre is the centrepiece experience. The theatre is traditionally set up with raked seating facing a stage with five, 4-meter tall screens.

The show is a 20-minute performance in which the narrator brings to life the tale of Kupe. It explores his departure from Hawaiki, arrival in the Hokianga and adventure in Aotearoa, settlement and naming of sites in the Hokianga and his departure, returning to Hawaiki after living here for 40 years. The performance also touches on the arrival of his grandchildren to make Aotearoa the home of the Māori.

This is a rich and energetic story. One that involves celestial navigation, storms and demons (taniwha) that Kupe placed as guardians of this place. Guardians that are there to this day.

Storytelling at Manea – Footprints of Kupe

The show uses a combination of two live performers, media and visual effects to tell the story. The theatre has 15 video projectors and a full surround sound system. There are also 4D effects like wind, spray, scent, butt kickers under each seat, and under-seat ticklers. Similar to what you would find in theme park 4D theatres.

It was surprising to find this type of theatre in this off the beaten path heritage centre. My surprise turned into delight with the effectiveness of all these bells and whistles. That they embraced the use of these storytelling methods in a serious and traditional setting is wonderful. It did not come across as hokey or theme-parky. It was another tool in the box for engaging the audience.

The Footprints Exhibition brings the visitor back into today. After a brief introduction from the guide, the group is free to explore the display at their leisure.

Following on from the theatre experience about the first footprints of Kupe and his immediate descendants, this post-show experience is an interactive discovery of the later footsteps of human habitation in Hokianga through to modern times.

At the end of the experience, the guide invites guests back outside to The Lookout. This gives a great view of the harbour heads and the other landmarks mentioned in the Kupe Stories and allows you an understanding of the surrounding area.

This project was 20 years in the making. Tribal elder John Klaricich is the last living member of the group responsible for Manea’s inception. Just around the turn of the century, the group began to discuss what could be done to increase tourism, promote the local stories and raise employment in the region. The propsed project led to Manea – Footprints of Kupe.

Klaricich’s dream opened and he was able to be at the ribbon-cutting ceremony. He said, “We do not want our traditions and history lost, forgotten, misplaced or what is happening now, distorted by other people’s renditions…we can bring 32 odd generations of relationship alive for successive future generations.”

It wasn’t until recent years that the project received support and funding from the government.

Manea – Footprints of Kupe is nationally and locally significant. Both for the cultural aspect that it preserves but also due to its economic impact. With a projected annual visitor attendance of 41,500, it will create much-needed jobs in the area.

According to the original business plan, it will create 17 FTE’s with 15 student trainees. This might not sound like a lot. But considering the remoteness of the area, this makes Manea one of the largest employers in the region. In fact, it is the third-largest, after the Rawene Hospital and the largest hotel/resort in the area.

The financial boost to the community is expected to be NZ$5.5 million annually once borders reopen. Furthermore, Manea Footprints of Kupe Ltd. has charitable status. This means all Manea’s profits go directly back to the community.

Manea Footprints of Kupe Ltd is a charitable trust with Te Hua o Te Kawariki Trust being the sole shareholder.

The Te Hua o Te Kawariki Trust is the governing body of Manea – Footprints of Kupe. It consists of elders who represent the four-local marae (tribal meeting houses) in the area encompassing Omapere and Opononi. The marae endorse these representatives as having the knowledge and skills to oversee this project.

The Marae and location are recognised as the cradle of the Ngāpuhi iwi (tribe). They represent the ancestral connections to the rich heritage of places, traditions, artwork, songs, culture and identity held in the particular local area. On that basis, they have made personal commitments to become involved in establishing the Manea – Footprints of Kupe Heritage and Education Centre locally. 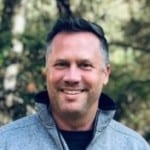 Scott is Managing Partner at Railton Entertainment Desing (RED). A creative executive with over 30 years of experience, he has worked with clients and IP partners to develop international attractions and entertainment. World-class companies such as Walt Disney Imagineering, 20th Century Fox, Sony, Dreamworks, Marvel Entertainment, Lionsgate, BBC Worldwide, Aardman Animation, and Nickelodeon are just some of the brands Scott has helped.