Museums and cultural institutions in China dominate this list, taking up 12 spots. Meanwhile, it also features three museums in Taiwan, three in Japan and one in South Korea.

Information on attendance figures is taken from the Theme Index and Museum Index, released in 2020. This can be downloaded here. While attractions in the region were closed during the global pandemic, attendance at these 19 most visited museums is expected to bounce back over the course of 2021.

19 most visited museums in Asia

Located in Tiananmen Square, Beijing, this museum presents a huge swathe of Chinese history, starting from 1.7 million years ago and going up to the end of the Qing Dynasty in 1912. It holds over 1 million artefacts, many of which are rare and notable. 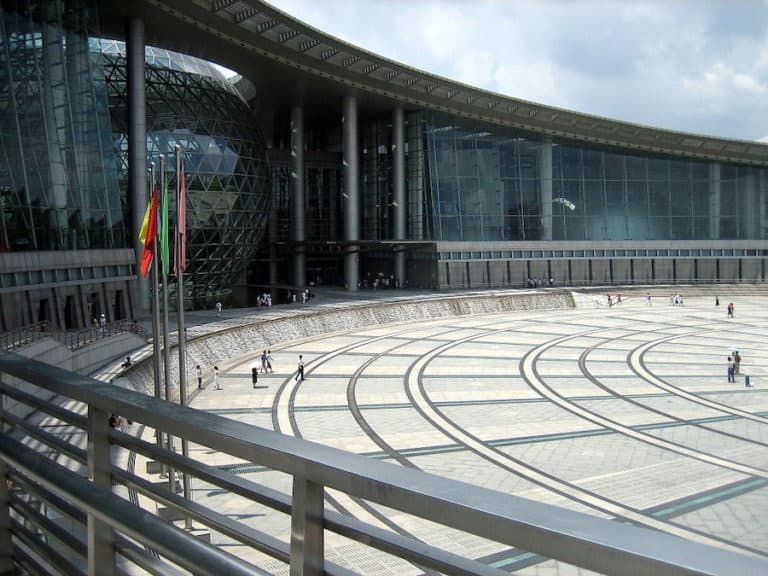 This museum also featured in the list of the world’s most visited museums, coming in at number 11, ahead of world-famous institutions such as London’s V&A and the National Museum of Natural History in Washington D.C.

The main hall has a floor area of 68,000 square metres and is also home to a post-doctoral research centre. It uses a range of technologies to present science in an engaging way.

The museum is home to 11 permanent galleries that explore topics from health to robots to space travel. It also has two special exhibition galleries as well as an IMAX 3D cinema, and IMAX Dome, a 4D theatre and a space theatre. This was one of the first museums to be established in China. It has undergone two major expansion projects since opening, one in 1999 and the other in 2009. It featured at number 14 on our list of the world’s most visited museums last year.

Nanjing Museum is home to a permanent collection of over 400,000 pieces. This includes an expansive display of imperial porcelain from the Ming and Qing dynasties. It is another of China’s largest museums, covering an area of 70,000 square metres with 12 exhibition halls.

One of the highlights of the museum’s collection is a full-size jade suit of armour, threaded with silver thread.

This museum, which added a new Wulin branch in 2009, is home to ivory artefacts, pottery, woodenware, bone tools and lacquerware. It also has a large collection of jade items, porcelain, bronzes and gold and silver coins, as well as paintings and calligraphy. It came in at number 14 on our previous list of the world’s most visited museums.

In addition to the Wulin and Gushan sites, the Zhejiang Museum also includes Huang Binhong Memorial at Qixia Ridge, the former residence of Sha Menghai on Longyou Road, and the Research Centre for the Preservation of Cultural Heritage at Gudang. In total, it has a combined total floor space of more than 40,000 square metres.

Image, Jade ring from the Majiabang culture (7,000–6,000 years ago), courtesy of Zhejiang Museum China Science and Technology Museum first opened in 1988 and was then expanded in 2000. In 2006, it moved to a new location, ahead of the 2008 Summer Olympics which took place in Beijing. This museum came in at number 18 on our global list of the most visited museums last year.

The museum explores STEM topics across five exhibition spaces and an area of 48,000 square meters. The permanent installations are Science Paradise, The Glory of China, Science & Technology, Life, Explorations and Discoveries and Challenges of the Future.

Beijing is set to become a ‘city of museums’ as part of a plan revealed in 2020. This will see its historic sites being upgraded in a bid to transform the city into a national cultural centre.

This museum dates back to 1925 and holds a significant collection of Chinese imperial objects and works of art.

The National Palace Museum is set to grow, following an announcement in 2018 that the Taiwan Government had approved a six-year, $324 million development plan. When the project is complete in 2024 it is expected to increase visitor numbers to eight million per year. It also hopes to generate ticket sales of $12.8 million.

Xi’an Museum opened on 18 May, International Museum Day, in 2007. Over three floors, it displays around 130,000 historical items. Many of these were found in the tombs and capital sites of the Zhou Dynasty, the Qin Dynasty, the Han Dynasty and the Tang Dynasty.

These objects help to tell the story of Xi’an, which has been the capital of 13 dynasties throughout history, exploring its economy and social life. The collection includes Buddhist statues, jade articles and official seals, as well as nearly 10,000 paintings and calligraphies. 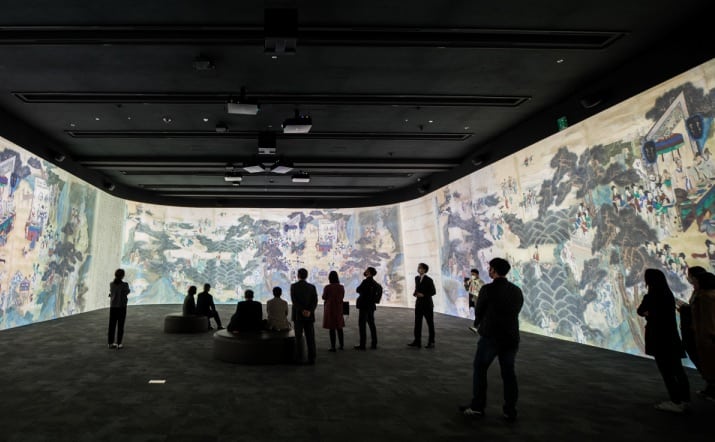 The National Museum of Korea is one of the largest museums in Asia, as well as being one of the most visited. In fact, it is the sixth-largest museum in the world in terms of floor space, covering more than 295,000 square metres.

It dates back to 1945 but moved to a new building in 2005. This museum holds South Korea’s most significant collection of history and art. It is home to over 310,000 pieces, around15,000 of which are on display. The six permanent exhibition galleries cover prehistory and ancient history, medieval and early modern history, calligraphy, painting, sculpture and more.

In 2019, South Korea’s Ministry of Culture, Sports and Tourism announced plans to build 140 museums and 46 art galleries by 2023. 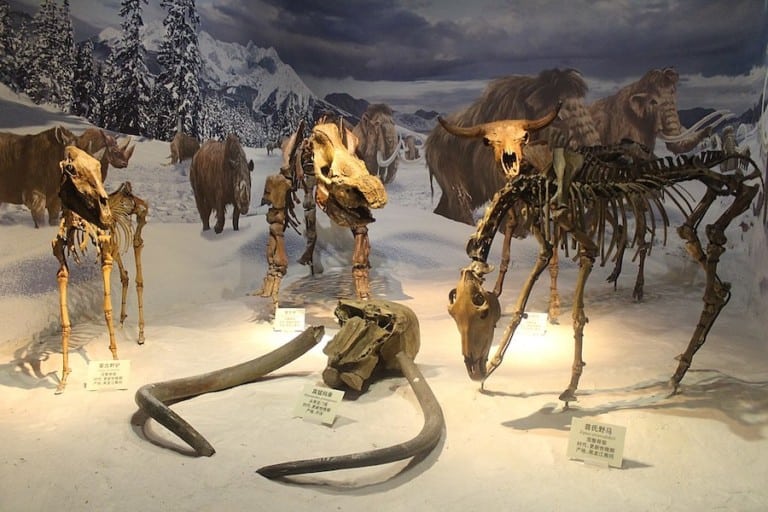 Tianjin Natural History Museum began life in 1914 as the Hoangho Paiho Museum. More than 380,000 specimens are held at the museum, which spans three floors and a total area of 12,000 square metres.

It has undergone several name changes and renovations over the years. The current building, in the Tianjin Cultural Centre, has been open to the public since 2014.

Visitors can see several dinosaur skeletons, as well as a cast of a T-Rex. The museum’s permanent exhibitions range from the early days of life on earth through to modern times. It also explores ecology and the planet’s differing ecosystems. The Hunan Museum first opened to the public in 1956. In 2012, it closed for a significant redevelopment and expansion project, opening again in 2017. Since the expansion, it now covers an area of 50,000 square metres. The collection includes over 180,000 items,

It holds some of the most precious cultural and historical relics in China. This includes some from the tomb of Lady Dai (wife of the Marquis of Dai), which is more than 2,000 years old. When the museum reopened in 2017, it included China’s first tomb projection, supported by 14 Christie projectors. 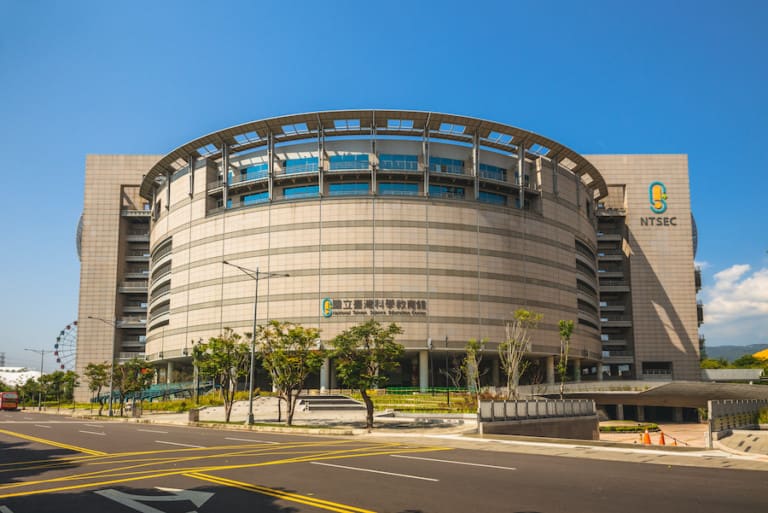 The National Taiwan Science Education Center dates back to 1956 and moved to a new 10-storey building in 2003. It home to several temporary and permanent exhibition galleries, as well as laboratories, theatres and a restaurant.

This museum features several high-tech and interactive displays which aim to make learning about science fun and engaging. Topics covered include natural and earth sciences, material sciences, life sciences and maths. There is also a robot education centre.

The National Taiwan Science Education Center is on a mission to promote the teaching of STEM subjects throughout the country. 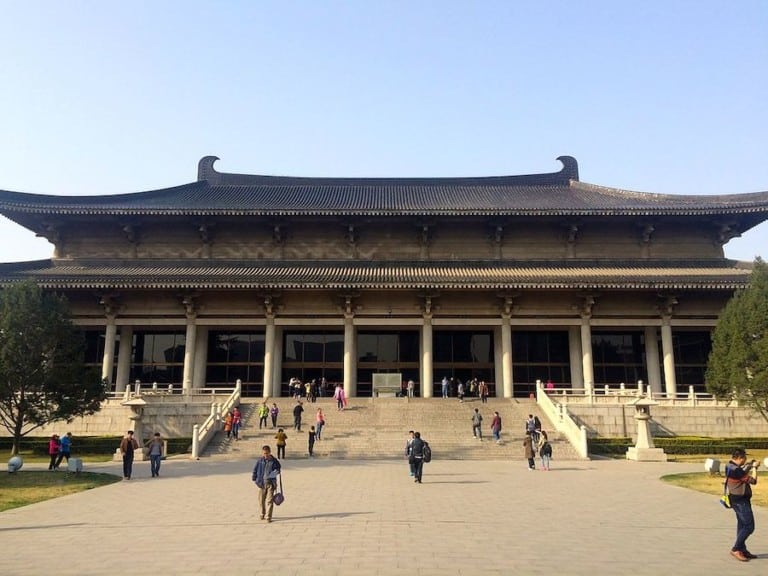 This is one of the largest museums in China, with a collection of over 370,000 items. This includes pottery, paintings, coins, precious metal objects and more. Architecturally, it is built in the Tang style. Although construction started in 1983, the museum did not open to the public until 1991.

Amongst the highlights of the collection, visitors can see fossils of the Lantian Man, objects from the tomb of Princess Li Xianhui and a jade seal found near the tomb of Emperor Gao Zu.

Last year, the Shaanxi History Museum was one of several cultural institutions in China to offer ‘blind boxes‘. These are mystery collections of souvenirs designed to appeal to younger generations. This particular museum created blind boxes based on bronzes from the Shang and Zhou dynasties.

Tokyo Metropolitan Art Museum is located in Ueno Park. The building was designed by Kunio Maekawa and was completed in 1975.

The museum’s collection includes both contemporary and historical works of art, and it also hosts a range of temporary exhibitions throughout the year. As well as this, the museum offers community programmes for all ages.

Recent exhibition highlights include Masterpieces of Impressionism: The Courtauld Collection and Gustav Klimt: Vienna – Japan 1900. It is currently holding a special exhibition entitled Yoshida Hiroshi: Commemorating the 70th Anniversary of His Death. It has been open since 1986 and now holds more than 551,000 specimens in its collection. The permanent exhibitions cover topics like astronomy, ecology, space, palaeontology, tropical plants and more, and the museum also hosts temporary exhibitions.

To encourage STEM learning, it provides several hands-on and interactive exhibits for all ages.

This museum dates back to 1956, when it was established in the Shanghai Cotton Exchange Building. In 2015, it moved to a new location in the Jing’an Sculpture Park, in a purpose-built 40,000 square metre building.

The design is inspired by the shell structure of snails and features eco-friendly green roof technology.

Inside, visitors can view a four-storey-high, 140-million-year-old dinosaur skeleton, alongside rare species such as a Yellow River mammoth, a Yangtze Alligator and a giant panda. In total, the museum holds around 240,000 items and specimens. Like the Tokyo Metropolitan Art Museum, the National Museum of Nature and Science is also located in the capital’s Ueno Park. It first opened in 1987, although it has undergone several renovations and name changes over the years.

The museum’s exhibitions explore the history, nature, wildlife and people of Japan. It also looks at global biodiversity, progress in science and technology, the age of the dinosaurs and more. In addition, it is home to Theatre 360. This is a 360-degree movie theatre in the round, for which the museum has created seven original films. The Zhejiang Museum of Natural History was founded in 1929. It boasts a collection of more than 200,000 specimens, covering geology, ecology and palaeontology. Its location in the province of Zhejiang is significant, as many key discoveries from the Cretaceous period have been found in this region.

Work was recently completed on a new branch of The Zhejiang Museum of Natural History, designed to be the centrepiece of a new cultural district in Anji. On a hillside site surrounded by bamboo forest, it consists of eight green roof topped pavilions that surround a central garden. 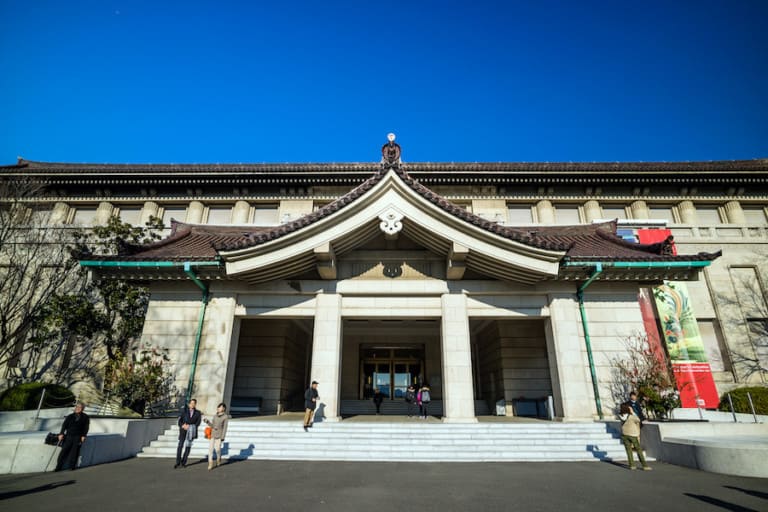 Tokyo National Museum is known for its collection of artwork and cultural objects from across Asia, particularly its ancient and medieval Japanese art and Asian art.

It holds regular exhibitions, with previous highlights including KIMONO: Fashioning Identities, Izumo and Yamato: The Birth of Ancient Japan and Masterpieces of Japanese Art: From Sesshu and Eitoku to Korin and Hokusai. The final entry on our list of the most visited museums in Asia for 2021 is the Hubei Provincial Museum. This has more than 200,000 objects, including the Sword of Goujian, as well as key artefacts from the Tomb of Marquis Yi of Zeng. It was first established in 1953.

The building covers over 42,000 square meters and is home to more than 13,400 square metres of exhibition space.

One of the highlights for visitors to the museum is a performance of ancient Chu music. The Hubei Provincial Museum also holds a set of 2,400-year-old chime-bells from this era. This includes a piece that is reputed to be the heaviest musical instrument in the world.