With almost four decades of experience in the themed construction industry, English has built a reputation within the sector for being a skilled and knowledgable professional.

He has worked through various roles across the industry, beginning as a carpenter and progressing to lead carpenter, operations manager, project manager, general manager, and finally principal at Brilliant Creative Fabrication, a fabricator of creative exhibits and environments.

Roto recently acquired Brilliant, based in Orlando. Together the two companies expanded their design-build and production offerings across visitor attractions.

As project manager, English has accumulated a variety of high-profile credits including projects working with The Walt Disney Company such as the Star Tours and Test Track refresh projects, Epcot’s Project Tomorrow, Animation Academy, Innovention’s The Great Piggy Bank Adventure, DisneyQuest, the queue of Mission: Space, and themed retail such as Mouse Gear and Once Upon a Toy at Walt Disney World.

His client base was diverse, with work at some of the world’s top theme parks including Universal and Merlin Entertainments-operated properties. Other projects included the Jurassic Park River Adventure show set in Orlando and Osaka, Legoland’s Land of Chima, Island of Adventure’s High in the Sky Seuss Trolley Ride show set, Gatorland Water Park, Six Flags’ Batman Stunt Spectacular, Universal’s Beetlejuice Graveyard Review 1 & 2, Universal’s A Day in the Park with Barney.

English has also worked at sites away from the theme park sector, such as the lobby of Arnold Palmer Children’s Hospital, the Holy Land’s Scriptorium Center for Biblical Antiquities and the Maguire Institute for Lepidoptera Research.

Working with the stars

During his career, English has been involved in the planning and execution of many large-scale events, such as the Los Angeles 1984 Summer Olympics and the Statue of Liberty Centennial Celebration, for which he acted as construction manager. English has long been used to working hard behind the scenes to ensure that the main show runs smoothly. Back in 1977, he commenced his live entertainment touring career as a stagehand, before working as a head carpenter for music icons such as Billy Joel, The Rolling Stones, David Bowie and Pink Floyd, working on tours across nineteen countries.

In 1988, English came to Orlando as a project manager building attractions for the new Universal Studios Orlando. By 1991, he had co-founded Piper Productions, a scenic theming company which built show sets for theme parks, concert tours, and theatre including Broadway.

Over the following years, the business evolved to become Brilliant Fabrication. He has been a participant in various award-winning installations, which collectively have won sixteen Thea Awards, and two Tony Awards.

Brilliant Creative Fabrication’s CEO Allen Boerger says: “It’s undeniable how much Leo cares about the work we do – especially when it comes to things like quality and client service.  He cares just as much for the people he works with. We will miss seeing him every morning in the shop, and look forward to collaborating in new ways as Leo enjoys this next chapter in life.”

Brilliant Creative Fabrication principal and long-time colleague Dave Piper adds: “Leo is a legend in the scenic and theming industry, having created hundreds of projects that have touched millions of lives. He is particularly passionate about mentoring and developing others as they seek to be a part of building entertainment experiences. His kindness and wisdom are unsurpassed.”

English ends his role at the firm by working on Epcot’s Guardians of the Galaxy: Cosmic Rewind, the first roller coaster to open at the Disney park in its four-decade-long history.

To expand the team, Brilliant has welcomed new hire Shawn Greer as director of design & project management, and promoted Shelton Smith to production manager. Dave Piper’s role has changed to principal, focusing on sales and marketing for the company. 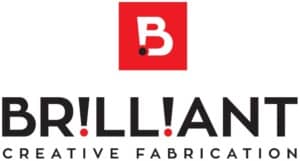