Fans at the attraction this morning have described it as “incredible”, with others tweeting the wait time for Millennium Falcon: Smugglers Run has reached 300 minutes.

According to visitors on Twitter, Galaxy’s Edge guests were allowed access at 4.30am, despite the opening time set for 6am.

Not even 6 am and look at galaxy’s edge wait time! #openingday pic.twitter.com/f4Dk5ELGkB

Bob Chapek, chairman of Disney Parks, Experiences and Products, was joined by Star Wars’ Chewbacca and other characters at the dedication ceremony yesterday (August 28).

“With the opening of Star Wars: Galaxy’s Edge, we’ve set a new standard for the most immersive storytelling in the galaxy,” said Chapek.

“Every experience in Batuu – from piloting the Millennium Falcon to building your own droid – puts guests deeper into their own Star Wars story.”

Galaxy’s Edge opened at Disneyland Park in California on May 31, although Disney later revealed a drop in attendance.

According to aerial images from Nearmap, the planet of Batuu was experiencing lighter crowds than anticipated.

The new land and its characters have their own backstory, the galactic food and drink is themed, as is the merchandise on offer at the various retail outlets.

Rise of the Resistance is scheduled to open later 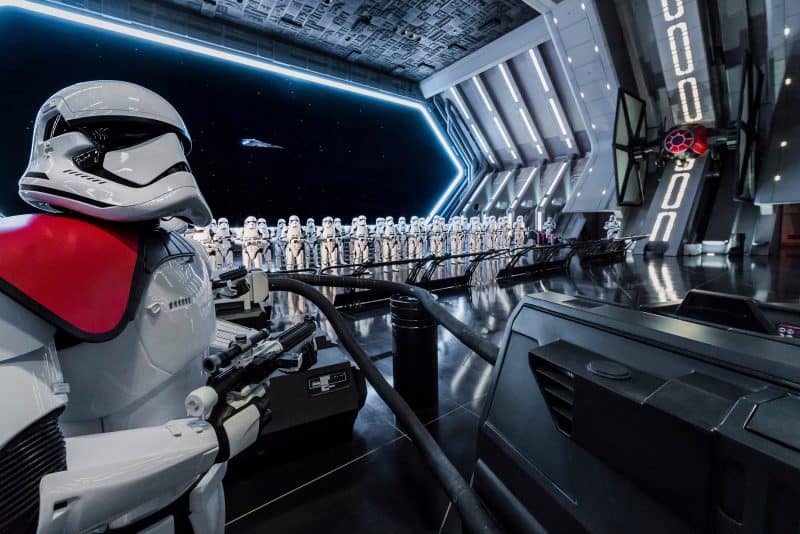 Star Wars: Rise of the Resistance will open on December 5, 2019, at Disney’s Hollywood Studios and on January 17, 2020, at Disneyland.