This week we saw new theme park attractions, stunning Expo 2020 pavilions, an airport becoming a destination and a $100k a night hotel room complete with a shark.

Sesame Street at SeaWorld Orlando announced it is to open on March 27 with rides, attractions, parades and interactive experiences, including Elmo’s Light-Up Bubble Wand.

Now in its fifth edition, the Theme Park Design Competition run by students at Cornell University is back with $6,500 in cash prizes awaiting the winning teams.

And it wouldn’t seem right to end the week without news of Star Wars: Galaxy’s Edge. The opening date has been announced: May 31 in Anaheim, California and August 29 in Orlando, Florida.

Shinsegae Property Consortium announced the development of a $4bn dinosaur and K-pop Hwaseong International Theme Park in Korea.  The plans have been around since 2007 with both Lotte Group and Universal Studios linked to the project before pulling out. The new consortium intends to finish the theme park by 2026.

The biggest indoor waterpark in the southern hemisphere is just part of the A$100m Zagame’s Wild Water Park to be built in SE Melbourne.

Snøhetta has proposed mountain-top museum quarter in Italy, and  SPPARC has revealed its eye-catching cantilevered designs for a Golden Hinde Visitor Centre and Museum.

London Zoo has issued a tender for the construction work on the iconic aviary building. 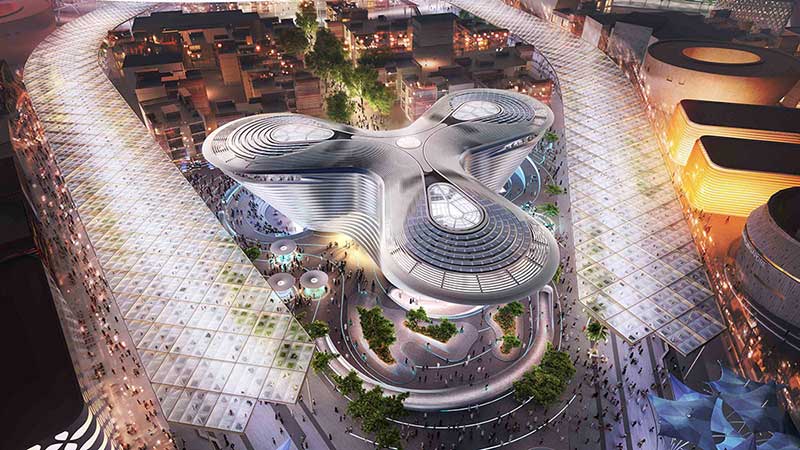 We’ve put together a guide to the spectacular designs for 16 pavilions at the Dubai Expo 2020 here.

Ahead of 2020, Dubai Tourism have launched a B2B Attractions Marketplace website to connect attractions with channels partners.

Field of Light at Sensorio is a huge walk-through, solar powered, light installation by British artists Bruce Munro opening in Paso Robles in May. This is the first part of a more ambitious plan for Sensorio – an elaborate garden and other artainment plus a hotel and conference centre.

Damien Hirst has designed a $100k a night Empathy suite at Palms Casino Resort, Las Vegas, including of course a shark and cantilevered butterfly pool.

Smithsonian visitors who are blind or have low vision will soon be able to access to groundbreaking new technology. Aira uses AI and AR technology via guests’ smartphone cameras or smart glasses to get free on-demand verbal descriptions.

Changi Airport, Singapore, is to become a destination in its own right as the S$1.7 billion Jewel brings “a new dimension to the travel and leisure experience”. The Jewel boasts the world’s largest indoor waterfall as well as 10 storeys of food, retail, hotels and attractions. This is not the first airport to add entertainment –  Chubu Centrair International Airport in Japan recently opened an “airport theme park”. We’ve also seen retired planes being turned into attractions at hotels and even underwater. 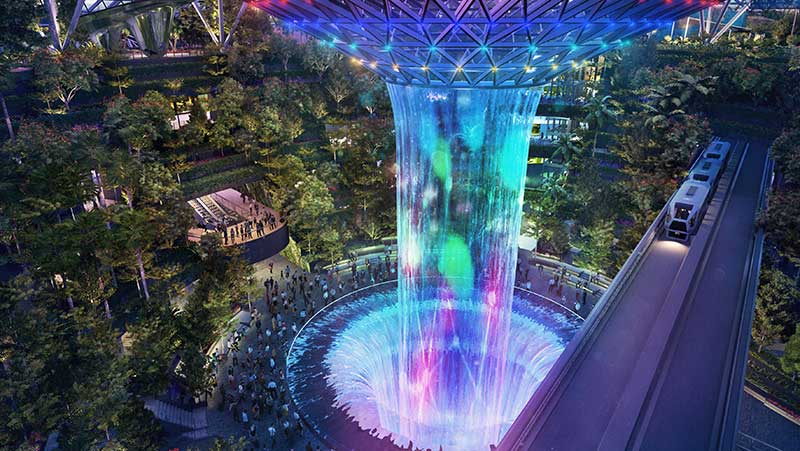 Las Vegas Convention and Visitors Authority has announced plans for a $55m tunnel by Elon Musk’s The Boring Company, to run with autonomous electric vehicles at high speeds.

Tencent is increasing investment in eSports tournaments in China. Local governments are to subsidise the events which Tencent sees as key to increasing the longevity and appeal of its games.

Tapping into two trends – adult adventure play and accessibility – Big Bounce America (aka the largest bounce house in the world) is returning to the US for its 2019 tour, with separate adult only and sensory sensitive sessions.

And two sites have been announced for The National Enquirer Live. Branson and Pigeon Forge will house the immersive family attractions which will dish the dirt on the sensational tabloid.