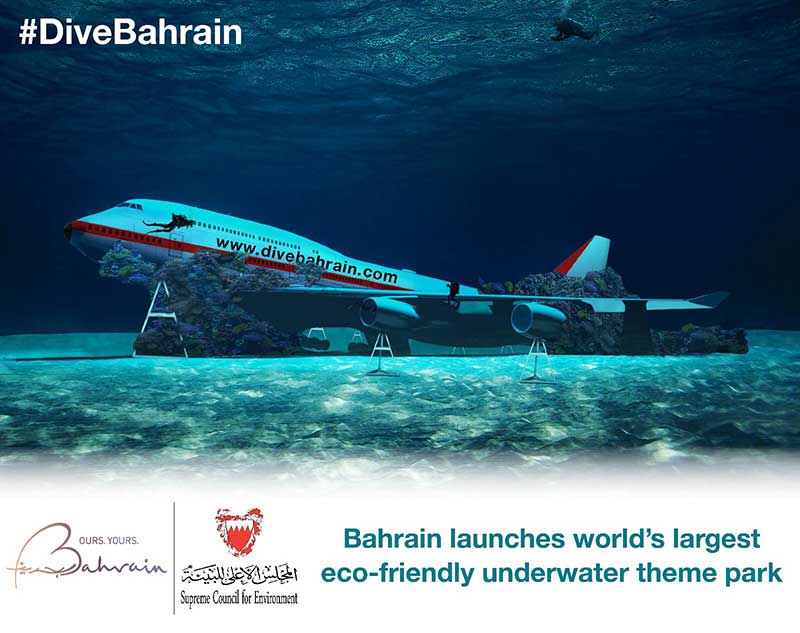 Bahrain has announced a brand-new diving experience: an eco-friendly underwater theme park featuring – among others – a submerged Boeing 747.

The underwater theme park is planned to be open by the summer and the 70-metre Boeing 747 will be the centrepiece. It is reportedly the largest aircraft ever submerged.

The artefacts will be available for divers to explore in a 100,000 square metre site. It is being built in partnership with the private sector, local dive companies and clubs.

President of the Supreme Council for Environment, Sheikh Abdullah bin Hamad Al Khalifa, said the park will also include a “replica of a traditional Bahraini pearl merchant’s house, artificial coral reefs and other sculptures fabricated from eco-friendly materials” to encourage marine life.

It won’t  be the first underwater attraction. Last year, the Underwater Museum of Art (UMA) opened off the coast of Florida. Divers can see sculptures and artificial reefs 50 feet underwater. And in December, the Bolivian government announced plans to build an underwater museum, which will preserve archaeological sites submerged in Lake Titicaca.

MUSA (Museo Subacuático de Arte) was launched in 2009 in the waters around Cancun and now boasts over 500 sculptures.