Pub chain JD Wetherspoon has gained planning permission for its upcoming museum and hotel at The Moon Under Water in Wolverhampton.

The City of Wolverhampton council has voted to approve the proposal, giving the green light to the £7m project.

Wetherspoons’ new museum will tell the story of the pub’s history. The development includes the creation of a 70-bedroom hotel, and is expected to create 50 jobs.

The company will expand the upstairs floors of the pub’s Lichfield Street site. The 40,000-square foot space, which has been empty for more than 30 years, is currently derelict.

The launch is expected this year, to coincide with the firm’s 40th year of trading.

Wetherspoon spokesman Eddie Gershon said: “We have great plans for the popular The Moon under Water pub. We believe this will be great for the pub, its customers and just as importantly the city itself.

“We feel the museum will prove popular with people who want to know more of the history of the company and see artefacts from the past. The fact that Wetherspoon wishes to house it in Wolverhampton is positive for the city.

“We are also confident that it would act as a catalyst for other businesses to invest in Wolverhampton.”

The investment, being made over a three-year period, will also be used to upgrade the existing network of 12 Diageo whisky distillery visitor centres.

In Dublin, the Guinness Storehouse’s famous rooftop Gravity Bar, which boasts 360 degree views over the city, is undergoing a €16 million renovation.

Blooloop discussed the continuing evolution of the Guinness Storehouse with Paul Carty, who has been Managing Director since it opened in 1999, and Brent Raynor, Digital and Content Manager at the Storehouse. 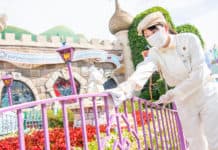 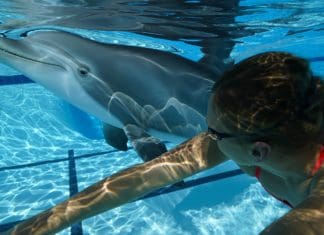