Valo Motion, a pioneer in combining interactive technology with physical activities, uses its unique technology to transform trampolines and climbing walls to interactive game platforms for any indoor location. The company was founded by Dr Raine Kajastila, who recently gave an interview talking about the inspiration for Valo Motion. 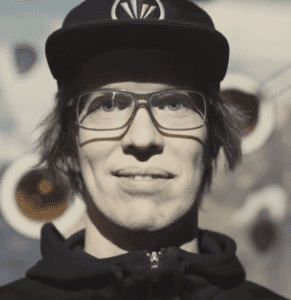 Kajastila says he was always an active child, and his passion for climbing began with the trees in his parents garden: “You can imagine my enthusiasm when I grew up and realized you can do rock climbing as a hobby — I was hooked immediately.

“I’ve introduced many of my friends to climbing ever since, and now you could say that through my product ValoClimb, I have introduced climbing to hundreds of thousands of people.”

Turning a hobby into a business

During his PhD research at Aalto University, Kajastila explored how technology can be used to motivate people to get active and to enjoy sports. From here, he created the first ValoClimb prototype in his garage, where he saw firsthand the enjoyment his two-year-old child took from it:

“Seeing the endless joy of my kids climbing and playing affected how I viewed the importance of games to motivate people of all ages to find the joy of movement,” he says.

The research videos from this project generated interest in the climbing community, and soon he received requests from climbing gym owners around the world who felt that ValoClimb would be perfect for their venues. The product also had early interest from the media, appearing in Wired, TechCrunch and New Scientist.

From here, Kajastila assembled a team around him in order to turn the prototype into a scalable manufactured product.

“After we had founded the company and the product was close to being ready, we got a stroke of luck — we posted a short game video on Facebook, and it went viral immediately with 8 million views in just one weekend: we stopped counting at 200 million views,” he says. “Because of this video, media like the Discovery Channel jumped on a plane to make a story about us.”

Following the success of ValoClimb, the company went on to create the ValoJump interactive trampoline game platform.

“Our second product, ValoJump, was created from our passion for uniquely combining digital games and exercise,” Kajastila explains. “When you focus on something that you are really passionate about — like creating opportunities for people to be active and impact their daily happiness with the joy of movement — you never really get fed up with your work. It keeps inspiring you when you concentrate on the bigger picture.”

Since then, Valo Motion has gone from strength to strength, launching several new games for both platforms and continuing to innovate in the field of digital and mixed reality. Its interactive platforms help attractions such as FECs, trampoline parks, soft play locations, fitness clubs, hotels and resorts to stay relevant and encourage longer, more repeatable visits.