US guests are not yet ready to visit theme parks amid the coronavirus pandemic, as a poll by Morning Consult finds that 78 percent say it’s too soon to return to parks in summer 2020.

Theme parks across the US are reopening following closures in response to COVID-19, but a new poll by Morning Consult and The Hollywood Reporter suggests that attractions will find it difficult to lure visitors to return. Fortunately, the industry looks set to improve next summer, with 47 percent saying they would consider visiting a theme park in 2021.

Limited capacity at theme parks inspired the most confidence among participants, with 45 percent saying a limited number of guests would make them more likely to visit. 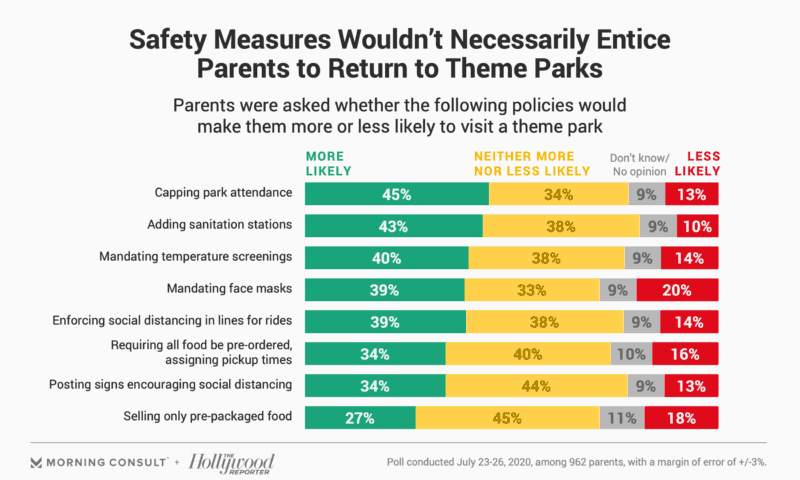 Meanwhile, Disney World is set to cut back visiting hours for all four of its theme parks. Magic Kingdom and Hollywood Studios will drop one hour, while Epcot and Animal Kingdom will have two hours cut.

The changes take effect September 8, and come after crowds were smaller than expected at Disney World. Disney has reported earnings for its fiscal third quarter, revealing its Parks, Experiences and Products segment took a $3.5 billion hit on operating income.