The Themed Entertainment Association (TEA), a non-profit representing compelling places and experiences worldwide, has announced this year’s award winners at an international press conference during IAAPA Expo in Orlando.

Since the first Thea Awards in 1994, hundreds of accolades have been given to notable individuals, projects and technologies in the themed entertainment industry, and in its 28th year, the awards saw 19 new winners.

Thea Award recipients announced this week will be formally awarded and celebrated next year as TEA returns to California. The Annual TEA Summit and Thea Case Studies will take place at Disneyland Resort, Anaheim, in April 2022.

This year’s winners are:

Doris Hardoon, a producer and executive creative director, is this year’s Buzz Price award recipient, which recognises “a lifetime of distinguished achievements”.

Her career progressed as she became a senior executive creative director, producer, and creative portfolio lead for a varied portfolio of investments, working at some point on all six Magic Kingdom-style Disney parks in three continents. Realising the “Authentically Disney and Distinctly Chinese” philosophy, Hardoon lead the successful realisation of Shanghai Disney Resort, opening in 2016.

Recently retired as an Imagineer after more than 30 years, Hardoon continues working in the themed entertainment industry with the launch of DDesign, her design consultancy company.

Night Safari in Singapore wins the esteemed Thea Classic accolade, given each year to an attraction that has “stood the test of time”. Amongst the country’s top-visited attractions, Night Safari enjoys over one million annual visits, opening in 1994 as the world’s first nocturnal wildlife park. The attraction spans 35 hectares, with 900 animals representing 100 different species.

Carmen Smith has also been recognised with a Thea Catalyst Award for her work with Disney. Smith advised on content to ensure that cultural accuracy, authenticity and inclusivity are key components of the company’s stories, characters and products, including the upcoming refurbishment of Disneyland and Walt Disney World’s Splash Mountain.

Smith was also recognised earlier this year as one of blooloop’s top 50 influencers in the attractions industry.

Sina Bahram, the founder of Prime Access Consulting (PAC), is granted a Thea Catalyst Award for his work as an accessibility consultant, researcher, speaker, and entrepreneur.

Lynn Allmandinger has been named winner of the TEA Peter Chernack Distinguished Service Award, recommended by the TEA Past Presidents Committee for “exceptional volunteer service” to the Association.

The Themed Entertainment Association is hosting a number of events this IAAPA Expo, acknowledging its community, celebrating accomplishments and looking ahead to the industry’s future.

Adam is Marketing Manager and looks after blooloop’s communications. He studied Marketing and Advertising Management at Leeds Beckett University. An adrenaline junkie, you can usually find him appreciating architecture design, or relaxing at a theme park. 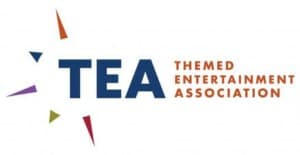