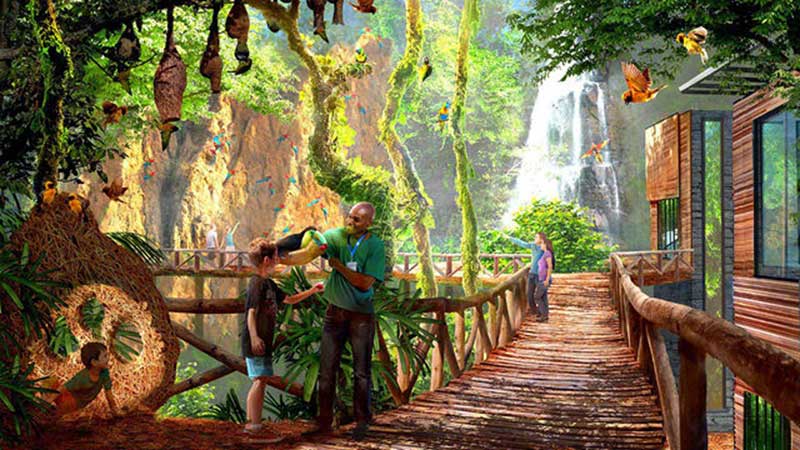 A $200 million expansion to San Antonio Zoo, Texas, will expand the site and create new experiences for visitors.

The project will build more naturalistic habitats, and create a safari experience at San Antonio Zoo.

Work will begin later this year, following the completion of a renovation to the rhino enclosure that began this month.

San Antonio Zoo CEO, Tim Morrow, said: “One of the beautiful things about being in San Antonio is all the tourists coming here, but the problem is all the competition.

“We really have to stand out to hold people for a day or two. If they do, ultimately that’s beneficial for San Antonio because people will stay here and spend more money in our city. We’re a top-tier zoo, no doubt, but want to be on the same level as San Diego.”

“The most interesting piece of land is … on the northwest side of the zoo, on top of a quarry wall being used as a back area right now, where there’s a view of the entire zoo and a straight shot of the downtown skyline. We are really growing out of the quarry walls.”

The new land will be used to develop a safari experience with open spaces and roaming animals. This will reduce the number of animal pens in use at the zoo.

Leading experience designer, PGAV Destinations, have come up with a plan for the zoo’s 55 acre plot.

The zoo is currently raising the $200 million required for the developments.

Last year, the zoo saw more than 1.1 million visitors. The zoo generated an economic impact of $108.6 million to the city.

San Antonio Zoo is 104-years-old. In recent years, there have been several habitat upgrades and expansions. Recently, The Savanna was created, allowing guests to feed giraffes. The park also opened Big Cat Valley, an African lion exhibit allowing guests to come nose to nose and marvel at the big cats through large glass panels.