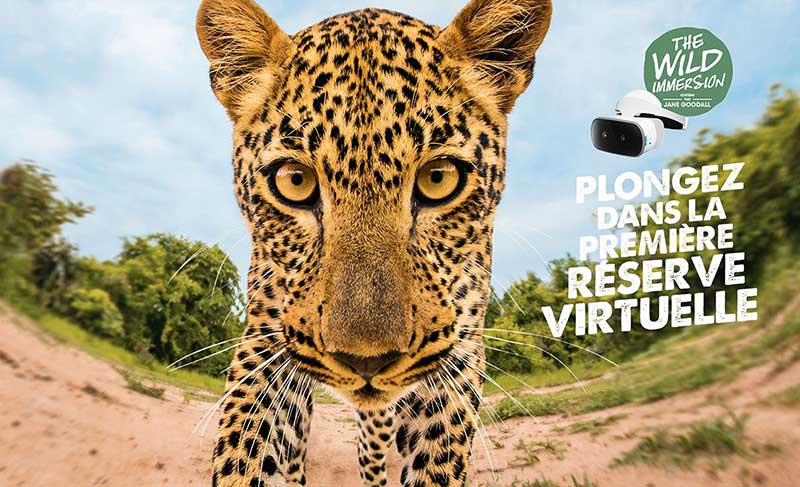 ‘Wild Immersion’ aims to be fun and educational, bringing children up close to animals in their natural environments through VR and AV tech, without leaving a carbon footprint.

Participants, who sit in special moving seats and wear VR headsets, are immersed in a multisensory experience which transports them to the Arctic, the African bush, the jungle and the depths of the ocean, to watch the animals that inhabit these environments.

The project is the inspiration of former vet Adrien Moisson, who said at last month’s launch at Paris’s Jardin d’Acclimatation: “Our aim is to teleport people into the wild so that they understand the importance of preserving biodiversity.”

He added: “People have to love nature and animals in their natural environment.”

Moisson used 360 degree cameras to capture video and audio from around the world. During the course of filming, one camera was eaten by a lion, another trodden on by an elephant.

Nevertheless, he accumulated sufficient footage for six productions that will be shown at the Jardin d’Acclimatation over the next year.

Jardin d’Acclimatation is supported by global wildlife and environment conservation organization The Jane Goodall Institute in the creation of  ‘Wild Immersion’.

Galitt Kennan, director of the Jane Goodall Institute in France, calls the films “ethical, educational and environmentally friendly”, explaining: “The challenge is to educate people about the protection of wild animals and their habitat.”