A Marvel-themed land is coming to Disneyland Resort in California starting from 2020, with Spider-Man and the Avengers joining the Guardians of the Galaxy.

The Marvel area will be anchored by Guardians of the Galaxy – Mission Breakout in Disney California Adventure park at Disneyland Resort. New attractions will occupy the space currently taken up by A Bugs Life, which closed to visitors on Monday.

Marvel attractions are also in development at Disney parks in Hong Kong and France.

Last month, Disney announced a $2.44bn, multi-year expansion of Disneyland Paris that will include new Marvel, Frozen and Star Wars areas as part of a transformation of Walt Disney Studios Park. Disneyland Paris is also re-imagining one of its resort hotels into Disney’s Hotel New York – The Art of Marvel. The hotel will showcase the worlds of Iron Man, The Avengers and Spider-Man among others, and will open in 2020.

Multi-year expansion plans are also underway at Hong Kong Disneyland, including a new Marvel-themed area that will include an attraction where guests team up with Ant-Man and The Wasp to fight Arnim Zola and his army of Hydra swarm bots.

It will be the second Marvel-themed attraction to open at the park, following the Iron Man Experience, which opened last year and is already the most popular attraction in the park. Other Marvel attractions planned for Hong Kong will be based on the Avengers and S.H.I.E.L.D. 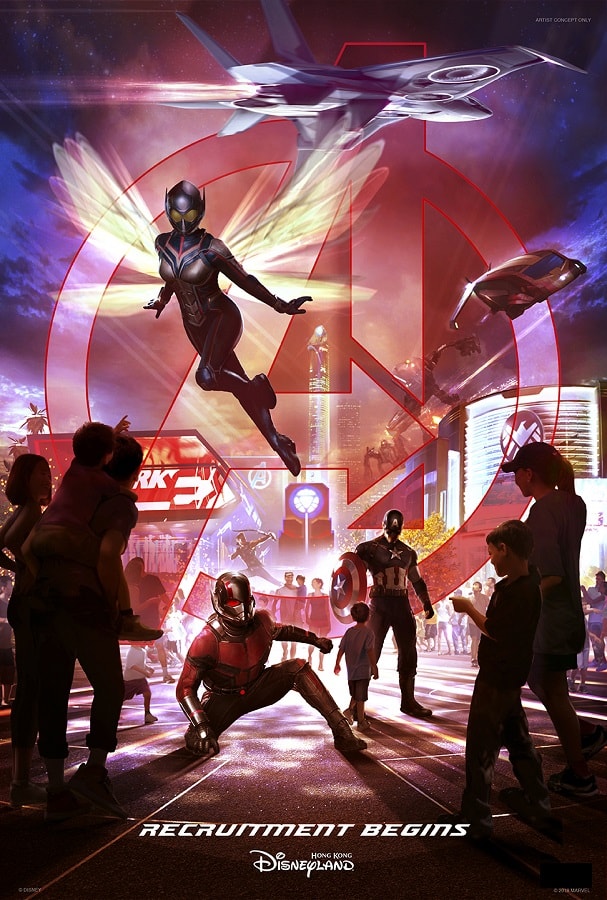 According to Disney, a new attraction or entertainment offering will open at Hong Kong Disneyland nearly every year through 2023.

“With the incredible popularity of Iron Man Experience at Hong Kong Disneyland and Guardians of the Galaxy – Mission Breakout at Disneyland Resort, we know our guests love experiencing epic action and adventure alongside the Avengers and their heroic friends,” said Bob Chapek, chairman of Disney Parks, Experiences and Consumer Products.

“We are excited to take the next step by immersing our guests in this ever-expanding universe – and this is only the beginning.”