The global outbreak of COVID-19 in 2020 prompted something of a digital revolution. Schools went online, employees worked from home, and museum tours became virtual.

Blooloop takes a look at some of the top virtual tours from France, Italy, Spain, Mexico, the Netherlands and China, as well as the US and UK. Keep reading for the best online offerings from the likes of the Louvre, British Museum, Rijksmuseum and MoMA. 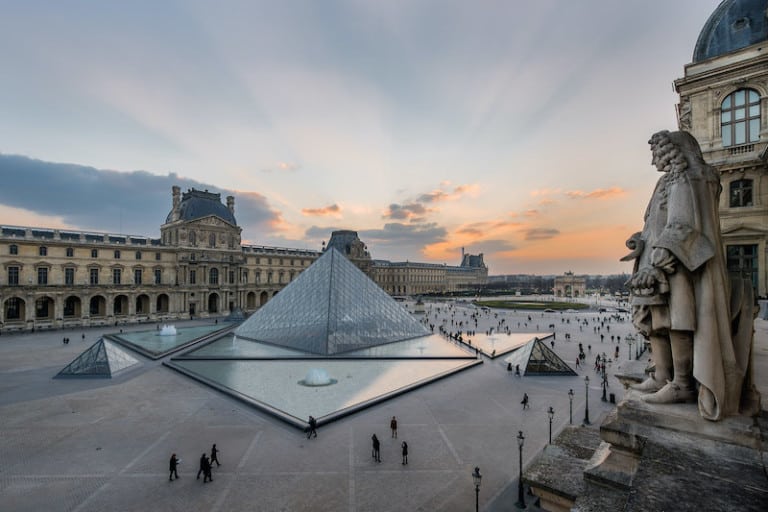 As well as virtual tours, the Louvre recently put its entire art collection of more than 480,000 works online. The interactive database boasts rare items and iconic artworks, including the Venus de Milo, Mona Lisa and Winged Victory of Samothrace. Users can explore the museum via an interactive map.

“Today, the Louvre is dusting off its treasures, even the least-known. For the first time, anyone can access the entire collection of works from a computer or smartphone for free, whether they are on display in the museum, on loan, even long-term, or in storage,” said Jean-Luc Martinez, president of the Musée du Louvre.

“The Louvre’s stunning cultural heritage is all now just a click away. I am sure that this digital content is going to further inspire people to come to the Louvre to discover the collections in person.” 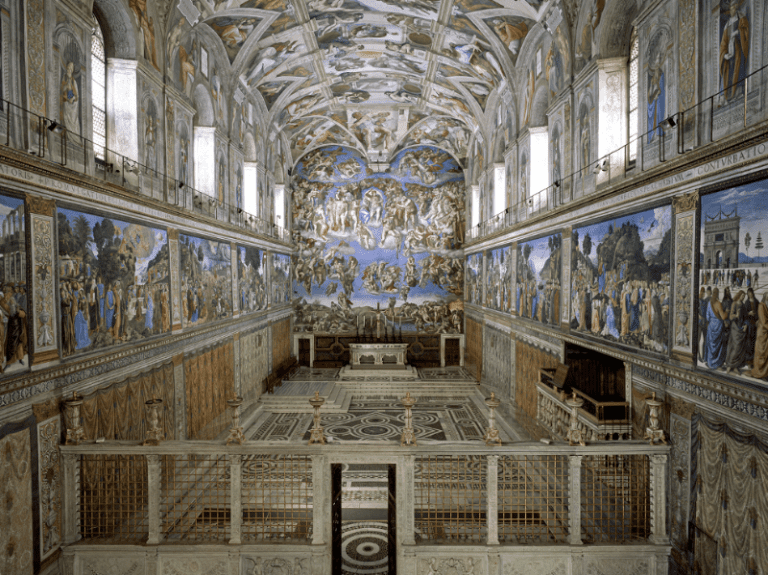 Founded in the early 16th century by Pope Julius II, the Vatican Museums house one of the world’s biggest art collections of around 70,000 works. The Vatican Museums showcase artworks from the Catholic Church’s collections, including Roman sculptures and Renaissance art. Highlights include Egyptian mummies, old masters, statues, rooms painted by Raphael and Michelangelo’s Sistine Chapel.

Virtual visitors can enjoy tours of the Sistine Chapel and the Vatican Library’s great hall, the Salone Sistino. Also available are tours of the Profane Museum, Pio Clementino Museum, Raphael’s Rooms and the Niccoline Chapel. 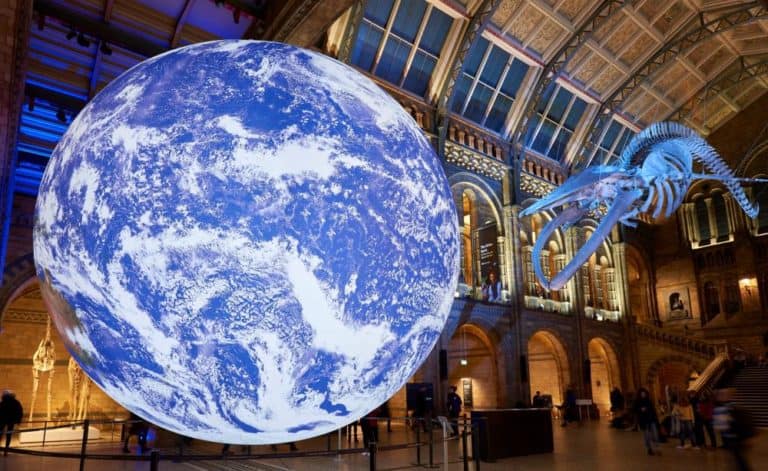 London’s Natural History Museum has various virtual exploration tools, including a self-guided tour of the galleries, access to 300,000 specimens from the collection, and audio guides narrated by Sir David Attenborough. Fantastic Beasts: The Wonder of Nature, which recently opened in London, is also available as a virtual exhibition on Google Arts & Culture.

Guests can explore an online world brimming with real and magical beasts, alongside highlights, stories and games. The online exhibit is a social offering with quizzes, facts and videos, while augmented reality (AR) is used to ‘invite animals into your living room’.

“We really explore the storytelling aspect of science and discovery,” said exhibition lead Louis Buckley. “With some mythical beings like dragons, unicorns, mermaids, there are clearly parallels between real things people have seen, and these mythical beings have roots in interpretations of things that haven’t been understood at that point in time, so it’s a great way to draw out messages of discovery and the evolution of knowledge.” 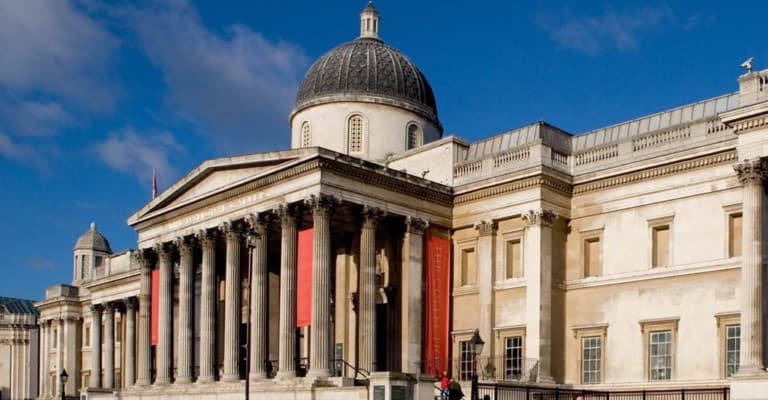 The National Gallery in London offers various virtual tours, allowing armchair visitors to step inside the gallery and experience the vast collections of paintings from their computer, smartphone or VR headset. Users will immerse themselves in Renaissance art from Italy, the Netherlands and Germany, including works by Titian, Veronese, and Holbein.

The Director’s Choice is a virtual exhibition for 2021 showing a selection of paintings chosen and narrated by Dr Gabriele Finaldi. Also available from the National Gallery is a virtual reality (VR) tour of the Sainsbury Wing, showing off its collection of early Renaissance paintings from 1200 to 1500. 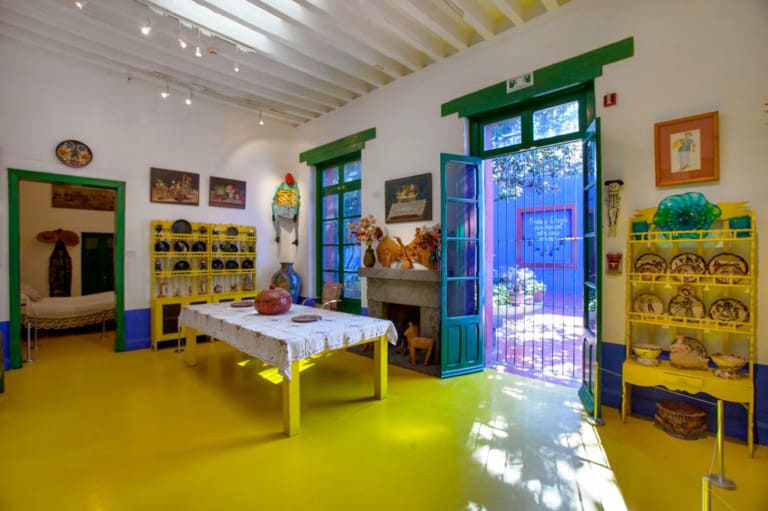 The Frida Kahlo Museum offers a virtual tour of Frida Kahlo’s colourful house in Mexico City, known as the Blue House (La Casa Azul). Located in the Del Carmen neighbourhood of Coyoacán, the residence is where Kahlo lived for most of her life. It became a museum in 1958 following her death in 1954.

The online tour takes visitors through the house and gardens and offers a look at a selection of Kahlo’s art. The Blue House showcases the artist’s personal belongings, paintings, sculptures, photographs, documents and furniture. The Picasso Museum, which opened in Barcelona in 1963, houses one of the world’s biggest collections of artworks by Spanish artist Pablo Picasso, with 4,251 works in its permanent collection.

Virtual offerings include an interactive exploration of the museum’s courtyards for a journey through the history of Barcelona, as well as a tour of the various places where Picasso lived, worked and visited. This includes the Picasso family’s first lodgings in Barcelona, other family apartments, and Picasso’s first and last studios. 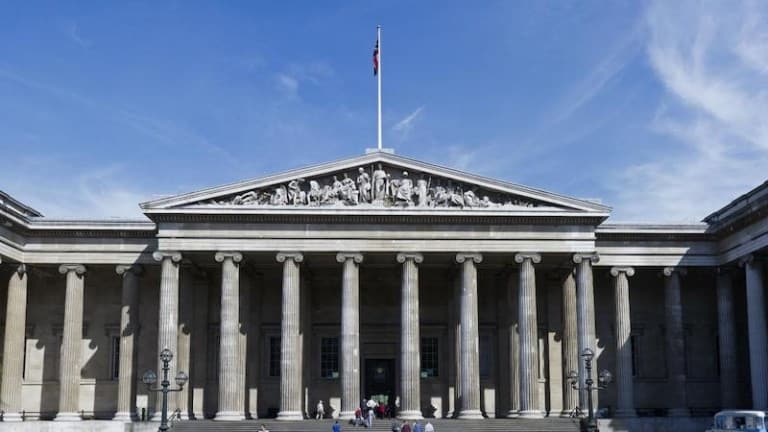 The British Museum was founded in 1753 and opened its doors in London in 1759. The institution’s vast collection spans two million years of history and culture and attracts more than 6 million visitors each year.

Virtual tours are available via Google Arts & Culture, with objects in the collection including the Rosetta Stone, Parthenon sculptures and Egyptian mummies. Online guests can explore the outdoor and indoor areas of the museum and enjoy a detailed look at 7,301 items. Online exhibits include ‘Buddhist art in Myanmar’, ‘Egypt: faith after the pharaohs’ and ‘Celtic life in Iron Age Britain’.

The British Museum was offering virtual visits before the outbreak of COVID-19. In 2019, it expanded its ‘virtual visits’ programme, which allows school pupils to experience the collection remotely.

“Pupils from Andover to Aberdeen and Brecon to Belfast can now experience some of the museum’s incredible treasures from their own classroom, potentially sparking a lifelong curiosity in the history of the world,” said Hartwig Fischer, director of the British Museum. 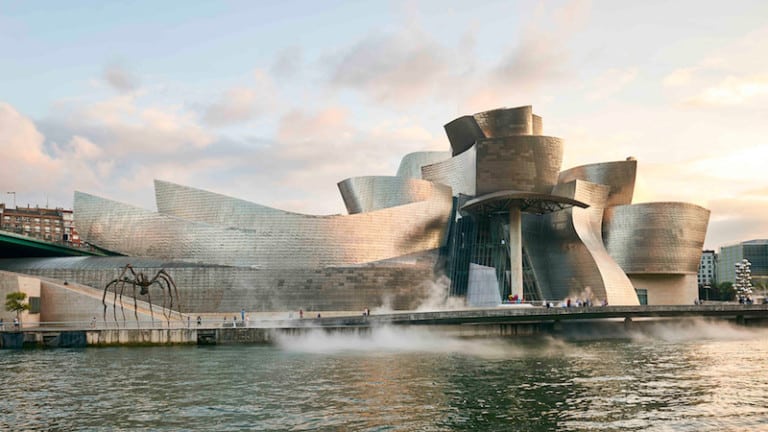 It also includes highlights from the collection and a guided tour through four paintings by Anselm Kiefer, Georg Baselitz, James Rosenquist, and Sigmar Polke. Users can get a closer look at iconic contemporary artworks and take a virtual tour around the spaces and terraces of the Guggenheim Museum Bilbao. Anne Frank House is a museum dedicated to Jewish diarist Anne Frank. Located on a canal called the Prinsengracht, Anne Frank House can be found in Amsterdam, the Netherlands. Virtual visitors can explore the Secret Annex, the place where Anne lived in hiding for more than two years during WWII, and where she wrote her diary.

This is also available in virtual reality with the free ‘Anne Frank House VR’ app. In addition, a video diary offers a look at Anne’s life in the Secret Annex, and digital guests can tour the house where she and her family lived before going into hiding on Google Arts & Culture.

“We feel that this is an appropriate destination for Anne Frank’s former home. It is a place where freedom, tolerance, and free speech are given free rein. The 360-degree images allow us to share this special place with the public,” said Ronald Leopold, executive director of the Anne Frank House. 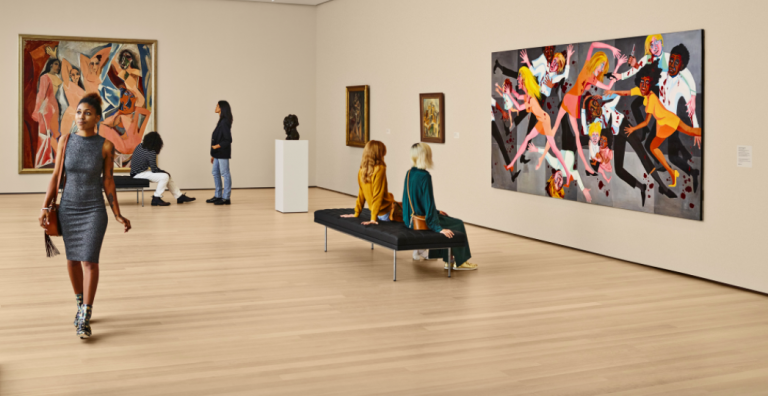 The collection can be viewed online, while 129 artworks from the collection are on Google Arts & Culture. MoMA also launched ‘Virtual Views’, which offers virtual explorations with curators. On June 24, Virtual Views is hosting a live Q&A with artist Julie Mehretu, in conjunction with the Cézanne Drawing exhibition. 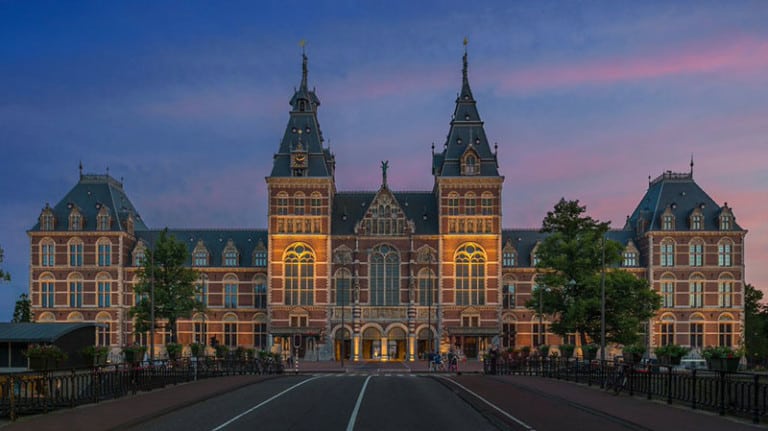 The Rijksmuseum is located in Amsterdam, the Netherlands and boasts famous works of art such as The Milkmaid by Vermeer and Rembrandt’s The Night Watch. The museum’s 80 galleries feature 8,000 objects exploring 800 years of Dutch history and art.

Google Arts & Culture has plenty of digital Rijksmuseum offerings, including 164,511 items from the collection and tours of the museum’s interior spaces. The Rijksmuseum is located at the Museum Square in Amsterdam, close to the Van Gogh Museum. The main building was designed by Pierre Cuypers and first opened in 1885.

Situated on the banks of the Seine in Paris, the Musée d’Orsay can be found in the former Orsay railway station, built between 1898 and 1900. The museum in France displays art from 1848 to 1914, including works by Monet, Cézanne, Van Gogh and Renoir. As well as exhibits and 277 items from the Musée d’Orsay’s collection, Google Arts & Culture includes a virtual tour of the museum itself.

The Art Newspaper recently unveiled the world’s top 100 art museums in its survey for 2020, revealing the devastating impact of COVID-19 on museums as physical attendance dropped by 77 percent globally. The Musée d’Orsay welcomed 867,274 visitors in 2020, a decline of 76 percent from 2019. Art fans who can’t currently get to Brazil can head to Google Arts & Culture to take a virtual tour of the São Paulo Museum of Art. Virtual guests can also check out MASP’s online exhibits, as well as 1,011 items from the collection. In addition, MASP offers digital programming such as home drawing, live events with guests, lectures and seminars. 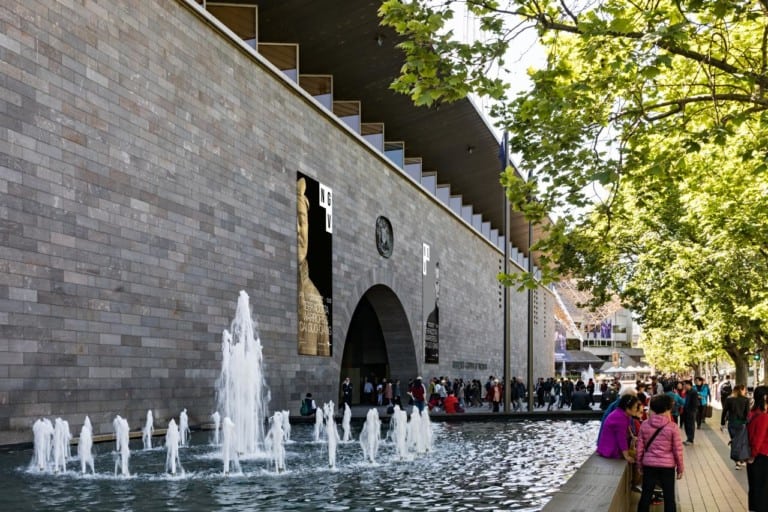 This includes the modern and contemporary art and design collection, the British and European collections, and the 19th century and 20th-century Australian art collections. Virtual self-guided tours of exhibits include ‘Big Weather’ and ‘Marking Time: Indigenous Art from the NGV’. 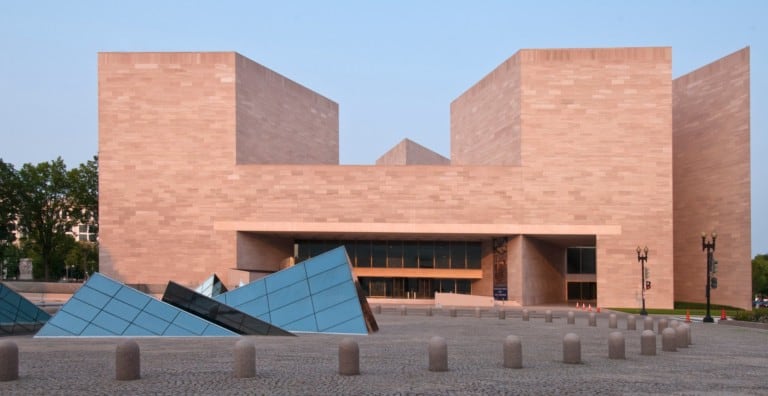 Virtual visitors can enjoy 42,462 items on the museum’s Google Arts & Culture site, grouped under categories such as Renaissance, Impressionism and Art Nouveau. Guests also have the option to explore the NGA collection on the museum’s website, where they will also find a blog, podcast and virtual cinema. The Hong Kong Heritage Museum, which launched in December 2000, is a space to explore Hong Kong culture. This includes art, design, pop culture and photography, as well as Cantonese opera. The destination is located in Sha Tin, adjacent to the Shing Mun River.

It houses a wide range of exhibitions and programmes, some of which are available on Google Arts & Culture. Virtual collections encompass digital art and Hong Kong, while 144 items from the museum’s collections are accessible. Users can also take a virtual tour of the Hong Kong Heritage Museum. The website includes an extensive virtual tour, with users able to select which floors and rooms they would like to visit. The Thyssen-Bornemisza Museum is also on Google Arts & Culture, which offers a tour, online exhibits and items from the collection.

The National Palace Museum is located in Taipei, Taiwan. It boasts a vast permanent collection of nearly 700,000 artefacts and artworks, covering 8,000 years of Chinese history. The museum has been working on making its national treasures more accessible globally through online offerings.

The National Palace Museum website includes a large-scale virtual tour of the museum grounds and exhibits, as well as online routes for digital visitors. It’s also on Google Arts & Culture, where users will discover online exhibits, virtual tours, collections, and 831 items to explore in greater detail. The J Paul Getty Museum opened at the $1.3 billion Getty Center in Los Angeles, California in December 1997. It boasts works of art dating from the 8th century to the 21st century, as well as gardens and incredible views of LA. The collection includes paintings, drawings, sculptures, manuscripts, decorative arts and photographs. The J Paul Getty Museum has another location at the Getty Villa in Malibu.

Online exhibits such as ‘Faces of Roman Egypt’ and ‘Contemporary Voices in Asian American Photography’ are on Google Arts & Culture, as is a tour of the museum in LA. Virtual visitors can also check out 71,190 items from the Getty’s collection. The Getty Museum is active online; it previously launched a social media challenge and put more than 70,000 artworks on Nintendo’s Animal Crossing.