The first of China Association of Amusement Parks and Attractions (CAAPA)two large-scale exhibitions for the year, the second is set for October in Shanghai.

With the enormous growth of the middle class and resulting increase in leisure spend, it is no surprise the attractions industry is focused on China. 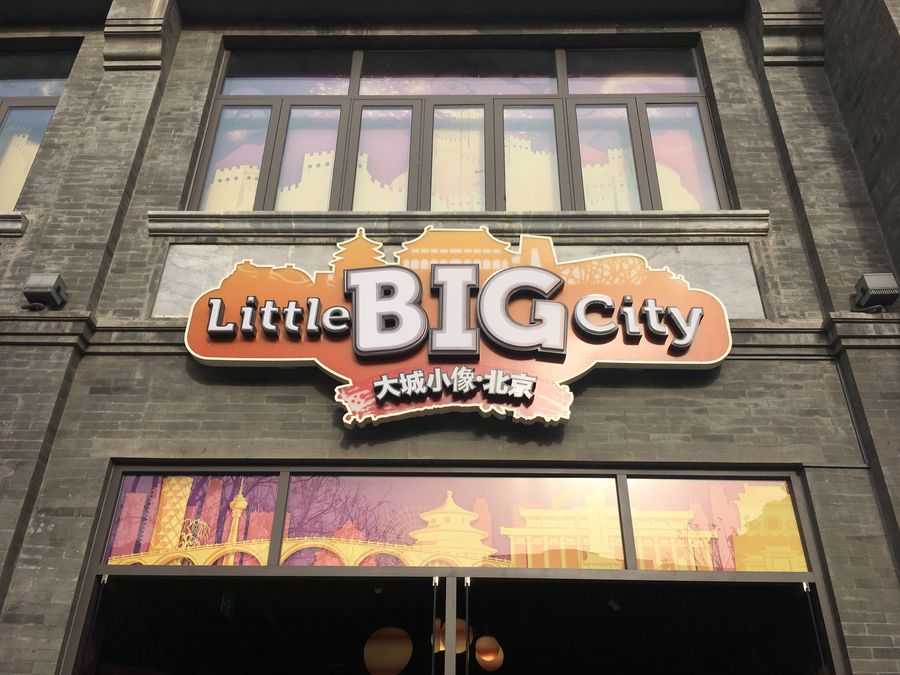 Beijing is home to numerous historical sites such as the Forbidden City, art and cultural centres, attractions and museums, including the Palace Museum, a VR theme park, and Little Big City. Beijing will soon host an additional 100 million visitors every year. This comes with the completion of its second airport Beijing Daxing (the existing airport Beijing Capital already serves 50 million). And of course all eyes are on the upcoming Universal Studios Beijing Resort currently under construction.

The success of Shanghai Disneyland and Atlantis Sanya waterpark by ProSlide and Falcon’s Creative Group, shows the benefits of international parks looking to capitalise on the growth in the east too.

Among this wave of new projects and opportunities, we visited the annual China Attractions Expo (CAE) from April 1 to 3 in Beijing. 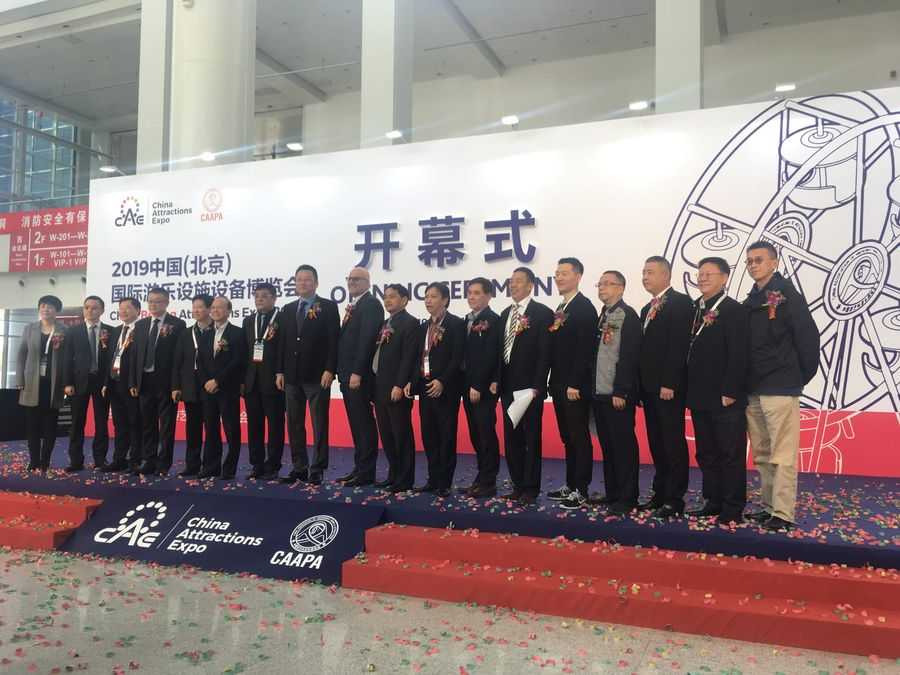 Held by the China Association of Amusement Parks and Attractions (CAAPA), CAE Beijing welcomed over 700 exhibitors from 14 countries. It has also been hailed as the largest trade show of the industry in Asia. According to the organisers, around 20,000 industry professionals attended the expo on the first day. 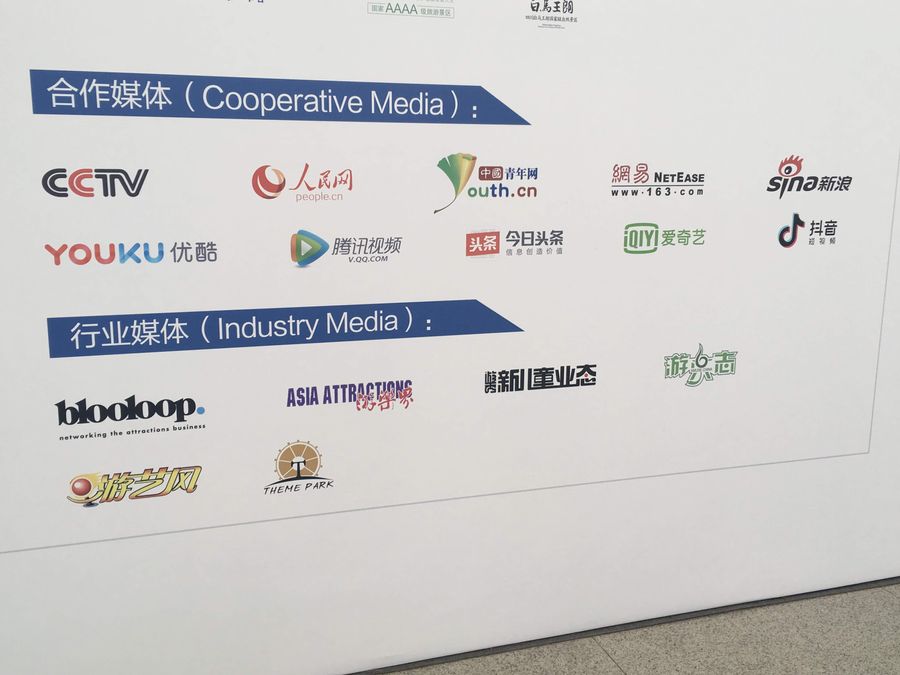 Blooloop is the expo’s exclusive global news partner. We have recently partnered with CAAPA and Amusement Express in a continued effort to bridge news and information sharing between China and the rest of the world. Sponsors for the expo included Juma China and Shanghai Hehao Technology.

After the opening ceremony by CAAPA’s officials concluded with a bout of confetti, the trade show floor was then open. Chinese and global exhibitors spoke with delegates from all over the world.

According to CAAPA, 24.7% of exhibitors were from China. Of these, 49.5% were exhibitors who presented new products, and 28% of the exhibitors were first-timers at this expo. With a total floor space of 70,000sqm, companies vied for the attention of the visitors in different ways.

It seemed that bigger, brighter and louder were some common themes for the exhibitors. Everywhere you walked, there was something catching your attention. It could be a moving 4-seater robotic arm accompanied by a trio of violinists, a life-size train carriage, or a playground designed to look like a Walker from Star Wars. It could also be different kinds of VR simulation and arcade games; or even a karaoke stage that allows you to star in your own music video. 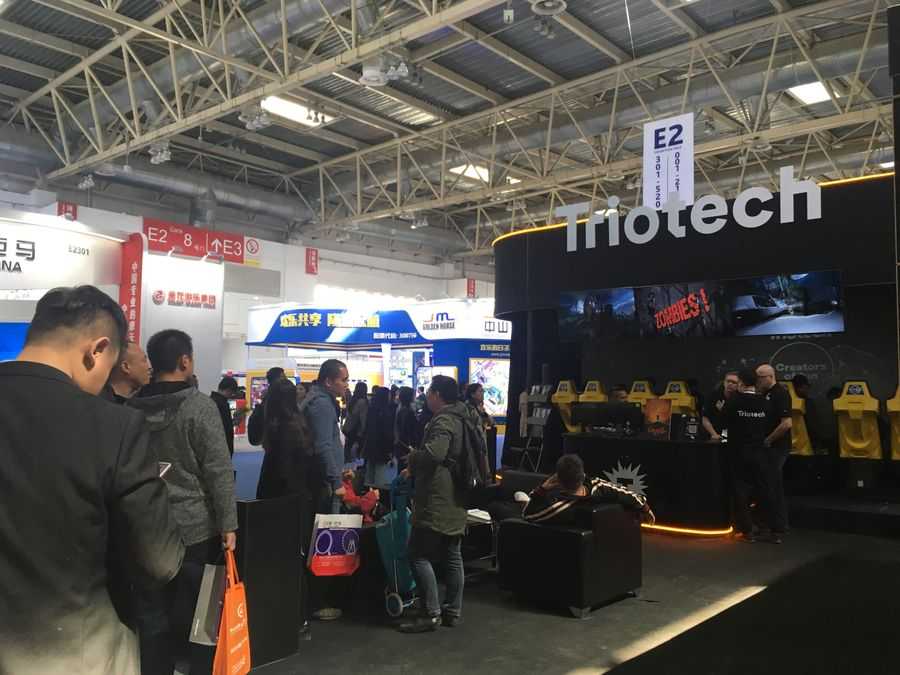 Triotech’s booth proved popular amongst attendees, with long lines to try their XD Dark Ride. The company has just appointed Han Jie as Sales Director for China. Back Stage Technologies and Lasereffect (Huanyu Technologies) shared an impressive booth that showcased the companies’ projects and capabilities through interactive displays and videos. Project:Syntropy recently announced a new type of immersive flying attraction, Balloon Fly 360 together with Intamin, welcomed attendees at their booth to experience their technology and display solutions for media-based attractions. 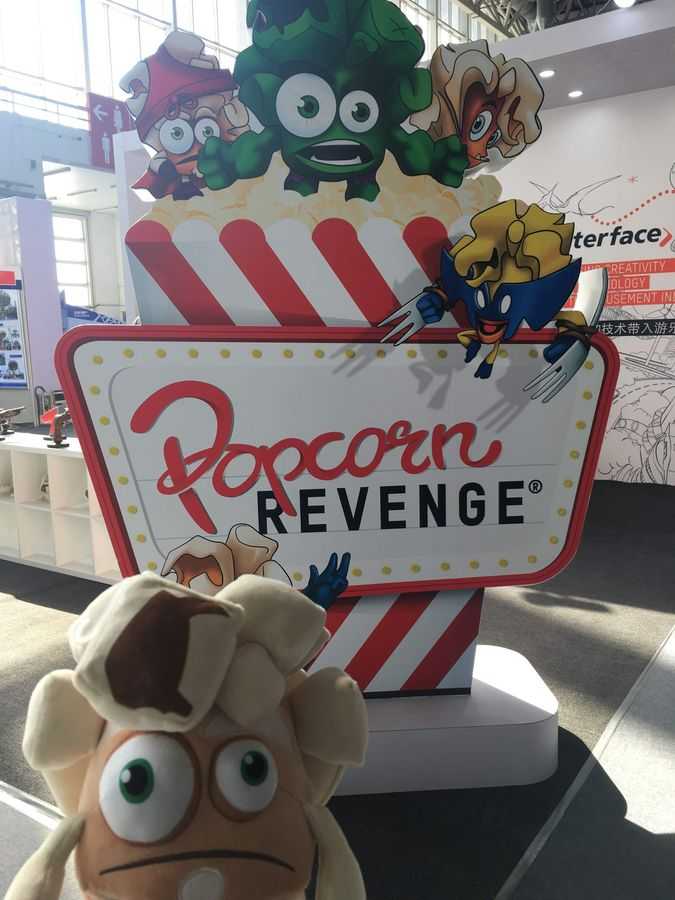 Amongst others, Alterface presented their non-linear Popcorn Revenge Erratic Ride created together with ETF Ride Systems, wiegand.maelzer showcased its rotating waterslide – SlideWheel, the first of its kind that made its debut at Chimelong Waterpark in Guangzhou, and Holovis together with their partner KingJoy welcomed attendees to find out more about their next generation immersive experiences. 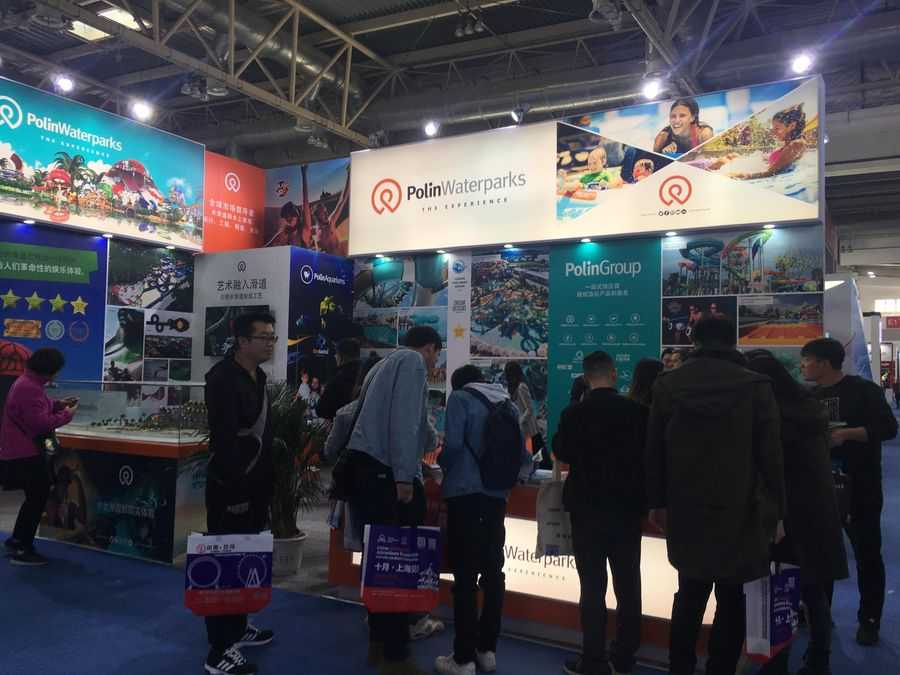 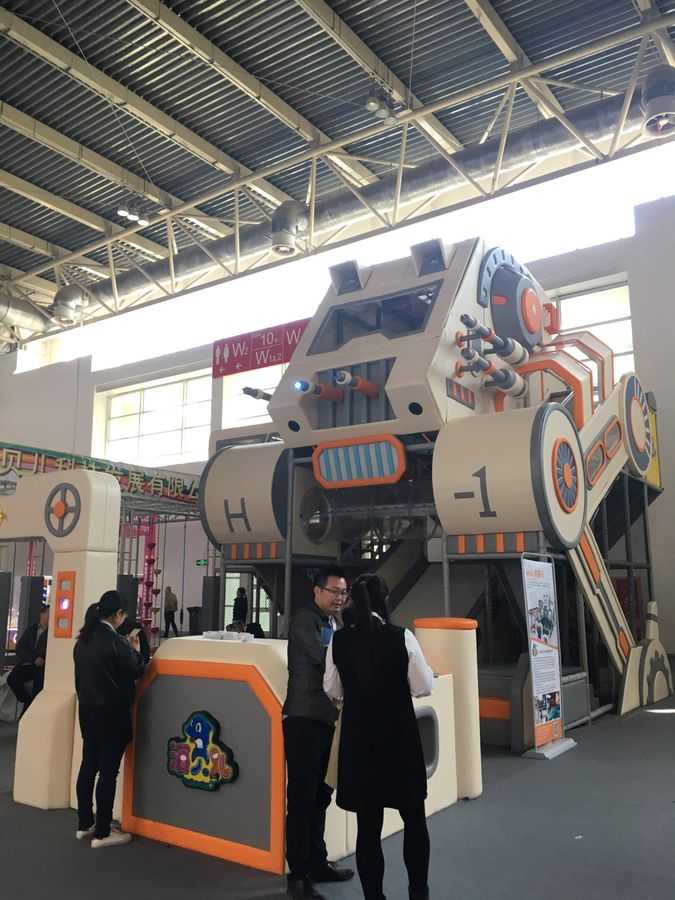 As we walked around the halls, there were several other activities that caught our attention. An area dedicated to play, VR and games was noticeably louder and brighter than the rest of the expo. In here, one could find companies showcasing their variety of VR applications as well as games, in different forms. For instance, attendees could sit in VR pods, ride a motorbike with VR glasses; they could also “fly” virtually with a movable platform that looked like a jet-pack; or even experience VR on a 9-seater tank.

China’s love for technology should not come as a surprise, and it’s clear companies are doing their best to keep up with the latest trends and experiences.

The following figures were reported on CAAPA’s official WeChat account. The 3-day expo recorded a total of 43,372 attendees with 31,593 people from China. Of these figures:

With these figures, the development of the attractions industry in China doesn’t show signs of slowing down. 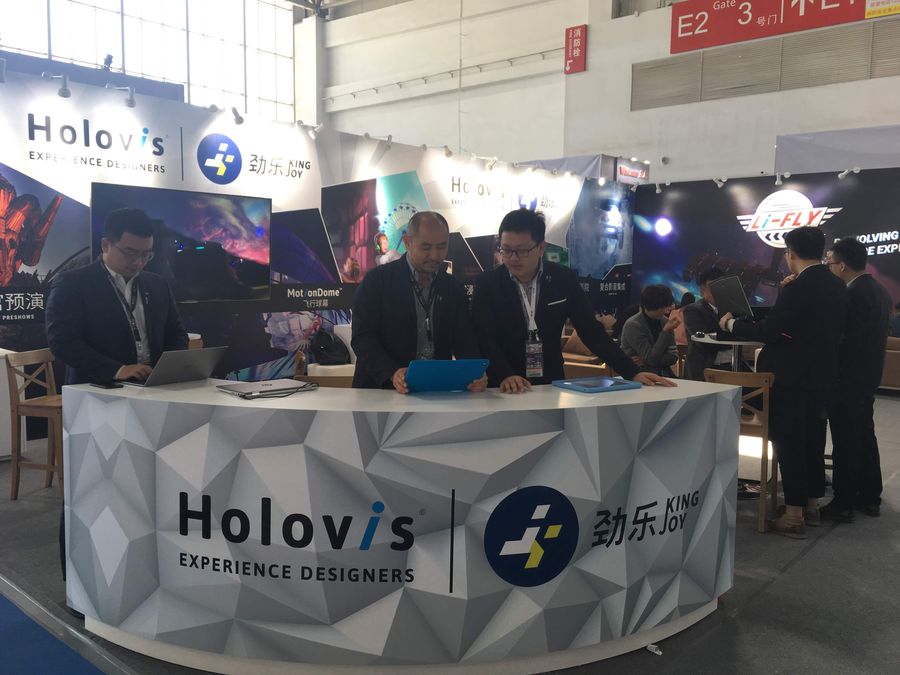 Following this trade show in Beijing, CAAPA will next hold its China (Shanghai) Attractions Expo from October 23 – 25. Before that, companies can also look forward to the IAAPA Expo Asia in Shanghai taking place from June 11 – 14. 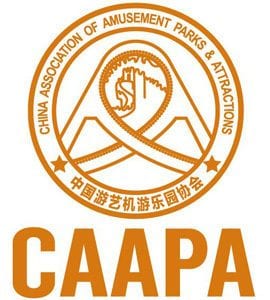 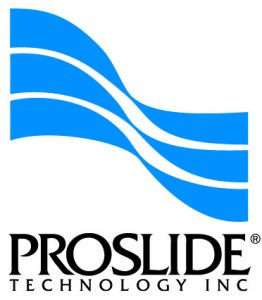 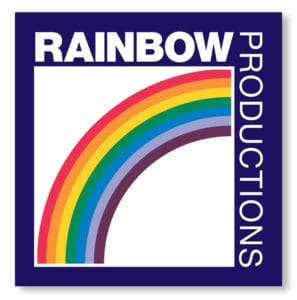 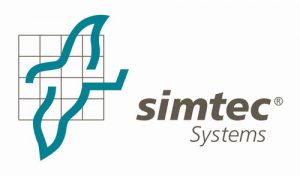